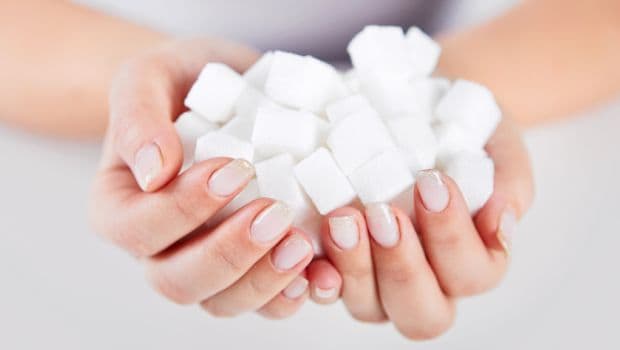 Highlights
If you’re looking to control your daily sugar intake, the first step would be to start reading the labels of the most frequently bought items from the superstore. Chances are, a lot of the foods you’d not expect would have added sugar. But more importantly, most of them may have sugar and you may not even know! If you read the words, ‘Added Sugar’ on a pack, it refers to sugars and syrups which are added to the food while processing it. These are empty calories that contain absolutely no nutritional value. According to many scientific studies, added sugar is directly proportional to obesity. Excess consumption of sugary foods has been known to put you at the risk of the following health issues:

Decline in the consumption of nutrients: When we consume sugar in drinks or in any form of food, it fills up our stomach faster adding no nutrition value or any health benefit. Hence, we tend to miss out on nutritious food which otherwise would have been beneficial for our health.

Weight gain: There are numerous reasons which lead to weight gain and added sugar has been touted as one of them as it makes the food or beverage calorie dense which ultimately leads to obesity.

Cavities: Sugar allows the bacteria to multiply and grow causing damage to the tooth. If you consume a lot of sugar induced beverages or food items, you have a higher risk of developing cavities.

Increased triglycerides: They are a type of fat found in bloodstream and fat tissues. An increased intake of sugar will escalate the triglyceride levels thereby putting you at a higher risk of heart problems.

(Also read: How Much Sugar is Hiding in Your Food?)

So, it’s critical to understand how much sugar processed foods contain and also, in what form.
Manufacturers often use technical terms to disguise the consumers but you have help at hand.
The presence of the following words indicates added sugar, read your labels carefully:

1. Glucose: It is a carbohydrate and is called a simple sugar. Corn syrup is primarily glucose. It is also found in the human bloodstream where it is referred to as blood sugar. In processed foods, it is typically synthesized from plant starch.

2. Honey: It has been considered as the natural sweetener even before sugar became widely available in the 16th century. Since it is high in fructose it should be consumed in moderation and it is also very high in calories. A teaspoon of natural honey contains 22 calories whereas a teaspoon of sugar contains 16 calories (as per US FDA).

3. Fructose: Fructose is also present naturally in many fruits and vegetables. Excessive consumption of fructose may lead to insulin resistance which further can cause diabetes. It also causes high blood pressure. When people consume a diet rich in fructose, the liver gets overloaded and starts turning fructose into fat.

4. Corn syrup: It is made from corn (maize). First the corn starch is produced which is further processed to create corn syrup. It is considered unhealthy as it is high in fructose.

5. Dextrose: It is a simple sugar which shares the same chemical properties as with glucose or blood sugar. It is made from corn and is often used in baking products as a sweetener.

6. Sucrose: It is a type of sugar that is present in everything that we eat. It is primarily used to make cakes, ice-creams and other desserts. If consumed in excess it might lead to tooth decay and diabetes.

7. Maltose: If you've ever consumed anything that has malt or malted in its name, you've eaten maltose. It is made up of two smaller glucose sugars, hence it is a bit too big for your body to absorb and digest properly.

8. Molasses: It is either made from sugar cane or sugar beet juice which is boiled down to a syrup. Unlike refined sugar, molasses do contain some vitamins and minerals but they are high in calories.

9. Hydrolysed starch: It is an artificial sugar alcohol made from starch. It is generally used in sugar free candies and low calorie food. Most of the times it is combined with other artificial sweeteners since it had a lower sweetness than sugar.

10. Inverted sugar: It is a sugar syrup made of sucrose and glucose. It has more sweetness than ordinary sugar. It is used as it tends to preserve processed foods for longer.

Remember, most words ending in ‘ose’ indicate the presence of added sugar. It is advisable to consume not more than 5 percent of the daily sugar intake that is about 30 grams.

Promoted
Listen to the latest songs, only on JioSaavn.com
Disclaimer: