Most Refrigerated Food Gets Thrown Out Even Before It Goes Bad, Says New Survey

Americans waste significant amounts of food and a new study has indicated that a lack of understanding of food labels may be one of the reasons behind it. 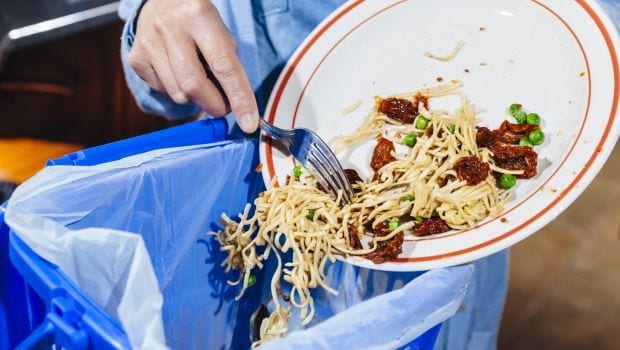 Food wastage is a serious issue that threatens food security in the world, especially because land is a finite resource. This is why environmental activists and experts have called for sustainable food practices. Large parts of the urban populations around the world waste significant amounts of food and a new study has indicated that a lack of understanding of food labels may be one of the reasons behind it. The study has indicated that we might be eating less of our refrigerated food than we originally expected to and that we might end up throwing out a lot of perfectly good food, because of ambiguous packaging and expiry dates.

The study titled, "Food-related routines, product characteristics, and household food waste in the United States: A refrigerator-based pilot study" was published in the journal Resources, Conservation & Recycling. This is a novel study that offered a glimpse into American homes and makes an effort to build a framework to reduce food wastage. According to the study report, U.S. households end up wasting a significant quantity of food. It further adds that there is little research that advises people to better manage the contents of their refrigerators, which is key to reducing food wastage at home. For this research, the scientists surveyed Americans about their home fridge inventories to establish a relationship between "food-related routines and important considerations in the food discarding decision process."

Food wastage: A lack of understanding of food labels maybe leading to wastage of food

They found that participants expected to eat 97 per cent of the refrigerated meat, but only ended up finishing about half. They also expected to finish 94 per cent of the vegetables in their fridge, but only ended up eating just 44 percent. The same held true for 71 per cent of the fruit and 84 per cent of dairy, when the percentage of these groceries actually utilised was 40 and 42 per cent respectively. Top drivers that lead to users throwing away the food included concerns about its safety depending on its odour, appearance and the date on the labels. Study's authors believed that people don't really understand what 'use by' and 'best by' labels meant and took these to be indicators of safety, when these are merely indicators of quality.

Some other key findings of the study said that people who cleaned out their fridge more often wasted more food. Additionally, those who check nutrition labels frequently were less likely to throw good food out as they were more engaged in the food. They also found that households with younger people tended to have more food wastage as compared to those that had people in the age group of 65 and more.