Move Over, Cronuts: In Toronto, it's All About Japanese Cheesecake 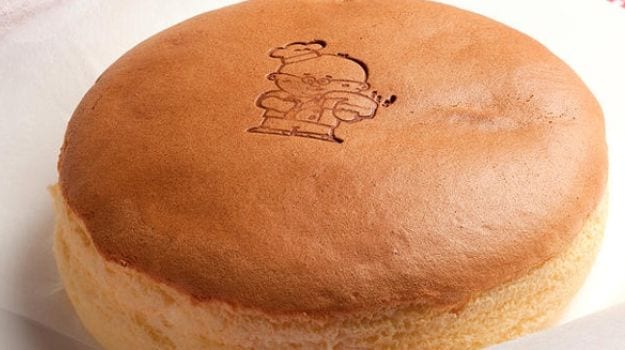 Ninety minutes is a long time to wait for a dessert that tastes like undercooked French toast. But it’s a small sacrifice indeed to participate in a bona fide craze.

An hour and a half does seem a rather long time to wait for a cheesecake, since we’re all going to die someday.

But in the sprawling queue for Uncle Tetsu’s, in Toronto, mortality didn’t really come up. Instead, a holiday mood prevailed. And why not? The hundreds of eager locals I found myself waiting among, in the middle of a weekday afternoon, were poised to receive their first taste of Japanese cheesecake – and, no less attractively, their first glimpse of a citywide trend.

It’s a long time to stand in line for dessert. But it’s a small sacrifice indeed to participate in a bona fide craze.

Tetsushi Mizokami, 66, devised his singular confection more than 25 years ago in Fukuoka, and today purveys the cakes from outlets in Bangkok, Shanghai, and Manila. And they seem to rouse foodies to frenzy wherever they appear.

Uncle Tetsu Canada is Mizokami’s first venture outside Asia. The restaurant has been open about a month now, and the queue never dwindles. At any hour, a few hundred of the city’s hungry and curious can be counted on to patiently wait.

The crowd was an affable mix of teenaged tourists and local office workers enjoying an extended lunch hour – the only sort of people, I suppose, able to squander 90 minutes on a Tuesday afternoon. People busied themselves on their phones – the Tetsu queue is a popular subject of Instagram photography – or shared rumors about how long friends and colleagues had waited for their cheesecakes on afternoons prior. A pair of computer programmers behind me speculated that in another month or two the novelty of the cheesecake would be exhausted. A lot of people mentioned the cronut.

Every few minutes someone passing by would stop to ask what everybody was lining up for. One of us would sheepishly mutter something about Japan. The bold among us steeled themselves preemptively against the judgment of passersby. But I suspect most of us simply believed that we were there for more than just dessert: we were there for an event, something grand and communal.

My friend and I at last stepped into the Tetsu storefront. On the wall, greeting the lucky survivors, was a large cartoon modeled on Tetsu, beaming joyously. “I like excitement very much!” reads a speech bubble beside him. “I’m of medium height and a little fat, always wearing a jersey with flip-flops.” Suddenly, a medium-sized fat man in a jersey and flip-flops shuffled into the restaurant – a remarkable likeness. “It’s Uncle Tetsu!” a little girl screamed.

In short order, I received my prize: a six-inch cheesecake so fresh it was practically luminescent, stamped with the likeness of the Tetsu cartoon.

Have you ever eaten a slightly undercooked piece of French toast? That’s what Japanese cheesecake tastes like, not unpleasantly. It’s like a sweet, soggy quiche. I would eat another, I think, though perhaps not until the fervor winds down a little.

The question of whether something like this was worth the wait strikes me as beside the point. An hour and a half in line has a funny way of conferring upon anything an aura of significance – and an expectation that, if it can’t be fulfilled by what you’ve waited for, it is by the very act of having waited.