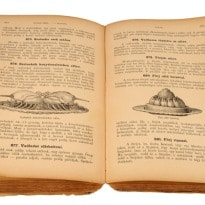 A group of anthropologists, historians, writers and biologists have published a book about the richness of Mexico's traditional cuisine, the first cooking to be included on UNESCO's Intangible Cultural Heritage list.

"(We) fought like medieval knights to get traditional Mexican cooking considered something very important and universal in the cultural world," De Orellana said.

The 180-page book honours Mexican cooking, focusing on what it brings to society.

"People don't pay attention to the richness we have. The idea is to celebrate it," De Orellana said, adding that the international success of traditional Mexican cooking "had not been bragged about enough".

The authors examine different traditional ingredients, such as corn, avocado and cacao, as well as kitchen utensils like the "metate", a type of stone pestle and mortar.

One of the contributors, historian Miguel Leon-Portilla, wrote a chapter titled "La antigua palabra de nuestros mayores" (The Ancient Word of Our Elders), which discusses "the forms and etiquette of the Aztecs toward food", De Orellana said.Artes de Mexico has been working for two decades to shed light on the country's cultural heritage, publishing several book collections and nearly 100 issues of a magazine that has featured the work of about 600 experts on art, history and popular culture.