Old Monk Fans Can Sit Back and Relax, Their Favourite Brand is Going Nowhere 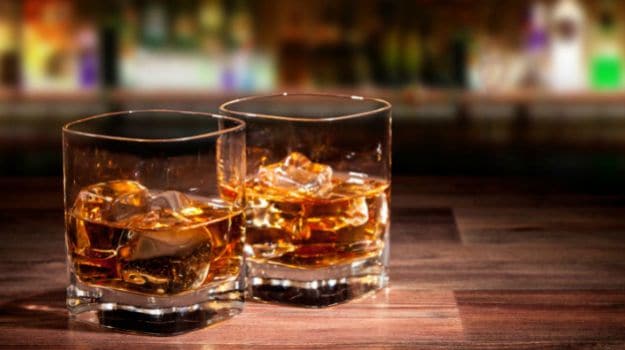 Love it or hate it, there is no sitting on the fence with Old Monk. This dark rum is one of its kind to have reached iconic status. An Indian brand that broke barriers like none before, it started its journey from the Defence Forces' canteens where it was sold ration back in 1960s. From the tight knit Defence circles, its popularity grew. And slowly it wove itself into the very fabric of India. A well-stocked bar at home was never complete without a bottle of OId Monk. Company on a nippy winter evening or clinking glasses at the car-bar on weddings, Old Monk has been a part of our lives in many ways.

(Shake it Up: Confessions of a Cocktail Convert)

It is difficult to pinpoint the factors that led to its success. In its early years, it displaced the market share of the then-popular Hercules Rum, even though those were prohibition days when one required a permit to buy alcohol. Superior in taste and perhaps even in quality to Hercules (as loyalists believe), the brand further gained market share when prohibition ended. It quickly became one of the leading dark rums in the world and perhaps the most popular IMFL (Indian-Made Foreign Liquor) brand in the country. The affordable pricing strategy has also worked in their favour.

Old Monk fans swear by its taste and can tell it apart from all other dark rums, even the popular ones from the Caribbean. It is a blended rum, matured for 7 years and a 12-year variant is also available. Often mixed with a cola and/or water, it is not often used in cocktails but enjoyed as hard liquor. Recently, some restaurants have also started using it as an ingredient in their dishes like the Gulab Nut at Bombay Canteen in Mumbai (Donut sized Gulab Jamun dunked in Old Monk rum served with a pista cream). Earlier, it would have been difficult to find Old Monk on a bar menu at a restaurant but its popularity has urged many establishments to keep it as an IMFL option.

(The Cocktails You've Been Looking For: Recipes From the Best Bars)

It's All in the Bottle

The flavour of the rum is as distinguishable as the bottle itself. Old Monk launched in a short and stout bottle, with a textured surface that reminded one of stained glass windows. The manufacturers, Mohan Meakin, experimented with various bottling options, including a staid regular cylindrical bottle. Thankfully, they realised quickly that the bottle was as important to their loyalists as the rum itself and thus the short stout Monk is what is sold till date. Collectors also have a soft corner for the rarely found bottle shaped like its namesake, a human figure. In some markets like Goa, you may also find a miniature version of the short and stout bottle. Again, these are very popular with collectors.

What makes the Old Monk's rise even more interesting is the absolute lack of advertising by the company. The brand grew in popularity only by word of mouth, a slower path but one that enjoys great credibility. Its stickiness was so great that once an Old Monk fan, you would always remain an Old Monk fan, something similar to how bikers feel about Harley Davidson motorcycles.

Though reports of the recent drop in sales of the rum have been doing the rounds, Old Monk fans can sit back with a sigh of relief as the brand is going nowhere. A senior official at Mohan Meakin put all rumours to rest when he confirmed that the company has no plans to pull the dark rum out of the market. He reiterated that Old Monk is their flagship product and "would be the company's last product to take a hit if sales go down". Fans have been rejoicing on social media ever since.

For whom who taught us how to drink, for whom who was there in our thickest & thinnest times, #OldMonk, you ain't going anywhere bud! Stay!

I just got back to civilization for a while and and heard #OldMonk is going out of business... 'Makes an about turn and runs'

After #SelfieWithDaughter.. Let's take selfie with Old Monk and post with "SelfieWithQuarter".. #RT and spread the word ;)