'Padmavati' Trailer Release: Here's Proving That the Star Cast Likes to Indulge in All Things Yummy

The stars make sure that they also give into occasional indulgences to balance work and fun. 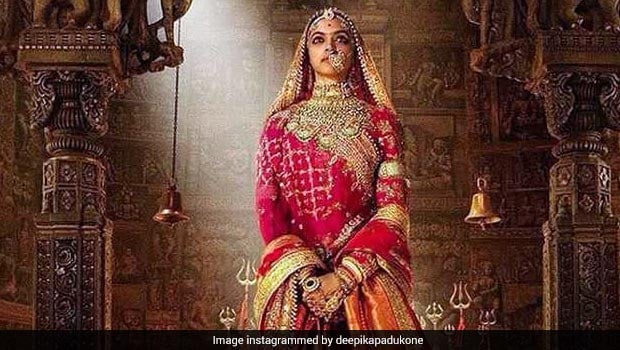 Sanjay Leela Bhansali's magnum opus Padmavati is out with its official trailer today creating a wave of excitement among Indian cinema lovers. The movie stars Ranveer Singh, Deepika Padukone and Shahid Kapoor in lead roles. The official trailer of the movie was released by Viacom 18 Motions Pictures on YouTube and gathered close to 136,288 views in the first 50 minutes of its release. The movie also casts Aditi Rao Hydari and Jim Sarbh in key roles.

While the leading actors left no stone unturned in looking the part for Sanjay Leela Bhansali's epic historical drama, the stars made sure that they also gave into occasional indulgence to balance work and fun.

While Shahid Kapoor, who plays the character of Raja Rawal Ratan Singh in the movie, is often seen flexing his muscles and sweating it out in the gym, we also get to catch a glimpse of him chilling out with baby Misha and his lady love, Mira.

Time for an indoor running session.

Ranveer Singh, who portrays Alauddin Khilji in the movie, has always been known for being the king of his whims and fancies. The Befikre actor is known for his sheer discipline for his craft and his fitness regime; however his love for food is quite well-known but often understated. At an NDTV event when asked what would be his all-time favourite delicacy, the Bajirao Mastani actor exclaimed enthusiastically, "Mutton, mutton, mutton!"

And... coffee indeed! After all, it is great for revving up metabolism.

Oh how I love them Jitters!

But in my head I'm saying "Nutella!" with every rep! Haha! #throwback @stevenslloyd #abs #mondaymotivation

A former badminton player, Deepika has always been effortlessly sleek and slender, thanks to her great metabolism! The Padmavati lead has been most vocal about her concern on mental health issues. She has often admitted that a good and satisfying meal can actually be highly therapeutic.

P.S: You may often see her stealing the director's "naashta"!

Or sticking to her strict diet plan that has some chocolaty indulges in between.

Padmavati will hit theaters this December. We wish the team all the very best.