Patoleo: The Sweet Rice Dessert Made In Turmeric Leaves Is One Goan Gem You Must Try

The art of making Patoleo needs a little patience and precision, but the wait is so worth it! The local rice is first soaked for overnight or for about four hours. This rice is then grounded with water to make a thick paste 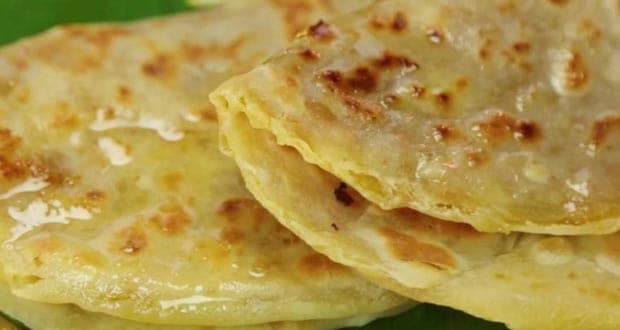 Think Goa and one is instantly transported to the exotic beaches and the inherent party vibe of the state. Popular culture and movies have played their own role in doing so. However, authentic Goan food is one aspect that often escapes the attention of these popular references. A mishmash of Portuguese and Hindu Saraswat influence makes Goan food one of the most interesting cuisines thriving in the Indian subcontinent. While the Fenis and Vindaloos still managed to travel outside of Goa and turned the nationwide phenomenon. But, what is still awaiting its due of culinary fame are the Goan desserts. Like Bebinca, a traditional Goan pudding that has 16 layers of cake. The key ingredients include coconut milk, eggs, butter and flour. Bebinca has been an illustrious part of Konkan glory since time immemorial. But, how many more desserts from Goa can you count on your fingers?

Unique, innovative and ever-so delightful, the range of Goan desserts is pretty extensive. One such unique dessert is Patoleo, or Pathoyo, made in between steamed Haldi (Turmeric) leaves. Yes, you heard us, not the turmeric powder or root but turmeric leaves. In fact, people also plant Haldi in in their courtyards and use the leaves for a variety of culinary or medicinal purposes. In her book, 'The Flavour of Spice', Marryam H. Reshii writes that people plant haldi, "Not for the spice itself, but for the leaves that are used to make a classic Goan dessert called Pathoyo. It is a dish that makes non-resident Goans weep with nostalgia when they remember the coarsely pounded rice flour and black jaggery paste that is smeared between two haldi leaves and steamed."

The art of making Patoleo needs a little patience and precision, but the wait is so worth it! The local rice is first soaked for overnight or for about four hours. This rice is then grounded with water to make a thick paste. The rich rice paste is smeared well on turmeric leaves. Then add a layer of grounded jaggery, powdered cinnamon and fresh grated coconut. Fold the leaves together and press the edges to seal it, or you can fold the leaves in the form of cones, and steam it for 20 minutes. Enjoy the delectable rice dessert right off the aromatic turmeric leaves.

(Also Read: Nightlife in Goa: 5 Clubs You Have to Visit in India's Party Capital)

Where can you find Turmeric leaves?

So, the next time you are in Goa, especially around the monsoon, make sure you try this unique rice dessert.