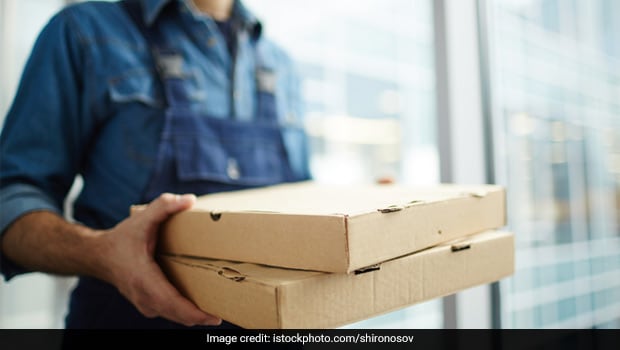 Ever heard of pizzas getting delivered to an airplane? As bizarre as it may sound, this unusual yet unique order took place on Monday night (4th March). An Air Canada Flight 608 left Toronto bound for Halifax, Nova Scotia and was scheduled to arrive in Halifax on Tuesday afternoon. However, due to bad weather conditions, the aircraft was diverted to Fredericton, New Brunswick. Because of this, the passengers were stranded in the plane for several hours, making them stressed out and panicky, according to a CNN report.

While the plane was stuck during a snowstorm, the pilot of the plane did a small act of kindness that garnered a lot of praise. The pilot decided to get pizzas delivered for the passenger. As part of the sweet gesture, the pilot called Minglers Restaurant and Pub in Oromocto and ordered for 23 pizzas topped with cheese and pepperoni.

Jofee Larivee, the manager at Minglers Restaurant, received the pilot's call. "We told him we could have them made in an hour or hour and a half," Larivee said. She added that they have never delivered pizza to an airplane, and they were "laughing all night" about the unusual yet unique order.

The pizzas were delivered to the airport. Larivee shared they called the pilot to inform him about the pizzas' arrival and the captain sent people to meet the delivery at the door.

Larivee praised the pilot for his gesture, noting that he even called the restaurant on Tuesday to thank the staff for getting the pizza delivered to the plane with much efficiency.

With Inputs From ANI