Watch: Prepare This Healthy Gujarati Dessert At Home For Diwali (Recipe Video Inside)

Lapsi is a Gujarati dessert that is super easy and quick to prepare at home and just too delicious to resist. 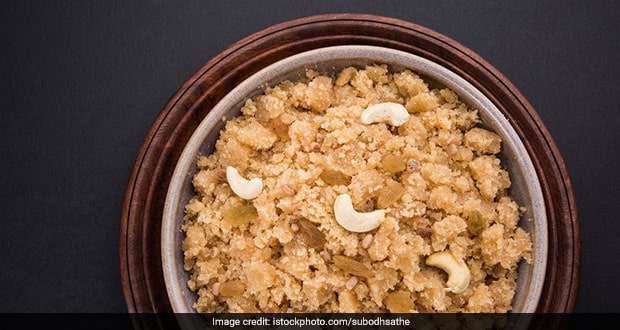 Made with broken wheat, lapsi makes for a grear dessert option.

Are you one of those dessert-lovers who just can't resist slurping at the mere mention of one? There's no denying that desserts make us go weak in the knees and when it is about an Indian dessert, there's no looking back. Indian desserts besides being a staple part of every meal make for a special part in our traditions and rituals as well. So much so they are even offered in our places of worship. Kada prasad in Gurudwara or ladoos in temples, Indian sweets make for a sacred meal too.

What makes Indian desserts even more special is their variety and availability. From Bengal's roshogulla to Maharashtra's modak, we've got a lot to relish. But there are a host of desserts that are not so common and aren't made in every household. Gujarati cuisine offers many desserts that aren't much popular in our country. Shrikhand, Basundi and Mohanthal are just some of the desserts that make a Gujarati thali worthwhile. We have got a Gujarati dessert recipe here that isn't much popular but is a great one to prepare for the upcoming festive season. With a lovely texture and delightful flavour, lapsi or Gujarati sheera is an easy and quick recipe to prepare at home.

(Also Read: 5 Best Gujarati Sweets To Try At Home: From Shrikhand To Mohanthal And More!)

Made with broken wheat and loads of nuts, here is a lapsi recipe shared by Mumbai-based YouTuber, Alpa Modi on her channel 'Something's Cooking With Alpa. In her recipe of Gujarati dessert Lapsi, Alpa saute broken wheat or daliya in ghee until brown, mix raisins in it and cook it in the pressure cooker. She then adds sugar, almonds and cardamom powder to it and cooks again. To make it healthier you can replace refined sugar with jaggery powder or coconut sugar.

This is a simple and easy dessert recipe made with broken wheat that makes it a healthier alternative to other festive desserts that you can prepare this season.