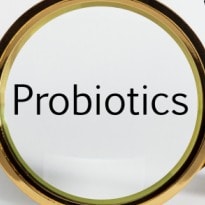 Foods like yogurt, fermented and sour milk, cheese and dietary supplements contain good bacteria that are extremely beneficial for our digestion. According to a new research, the consumption of these beneficial bacteria through foods or taking probiotic supplements can help in reducing blood pressure.

The researchers at the Griffith Health Institute and School of Medicine at Griffith University Australia concluded that people who regularly ate foods containing large amounts of live bacteria or who took probiotic supplements, saw significant reduction in their blood pressure levels. The researchers analysed results of nine high-quality studies examining blood pressure and probiotic consumption in 543 adults with normal and elevated blood pressure.

"We believe probiotics might help lower blood pressure other than improving total cholesterol, reducing blood glucose and insulin resistance and regulating the hormone system," explained Jing Sun, a senior lecturer at the university.

"The small collection of studies we looked at suggest that regular consumption of probiotics can be part of a healthy lifestyle to help reduce high blood pressure," suggested Jing Sun

Promoted
Listen to the latest songs, only on JioSaavn.com
Most of the trials were small and involved people who got healthy bacteria from eating foods such as yogurt, fermented dairy drinks or cheese. One study involved people who took a probiotic supplement, given in a capsule form. The analysis did not look at whether getting probiotics from food was better at reducing blood pressure than getting good bacteria from supplements. The data showed that people needed to consume probiotics for at least eight weeks to see improvements in blood pressure. Mr. Sun has called for deeper research and more studies to be conducted "before doctors can recommend probiotics for high blood pressure control and prevention". The study was published in the journal Hypertension.