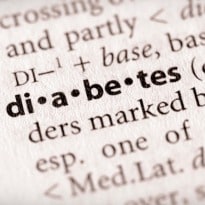 Researchers hope these results - linking an increased level of breath acetone with increased levels of ketones in the blood - could inspire the development of a diagnostic device to identify children with new diabetes before the onset of diabetic ketoacidosis (DKA). DKA occurs when there is a severe lack of insulin and the body isn't able to use glucose for energy and starts breaking down fat instead.

Organic compounds called ketones are the by-product of the breakdown of fat and, if left unchecked, can build up and cause the body to become acidic. About one in four children diagnosed with type 1 diabetes don't know they have it until they develop DKA, which can
cause severe illness. Acetone, which is the simplest ketone, is one of the by-products produced in the development of DKA and is usually disposed of through the breath.

Promoted
Listen to the latest songs, only on JioSaavn.com
Acetone has been known to produce a sweet smell on the breath of diabetes sufferers. In the study, the researchers, from the University of Oxford, Oxford Medical Diagnostics and Oxford Children's Hospital, collected the breath samples from 113 children and adolescents ageing between 7 and 18. Isoprene and acetone were collected in breath bags and measurements were compared with capillary blood glucose and ketone levels, which were taken at the same time during a single visit to Oxford Children's Hospital.

The researchers found a significant relationship between increased levels of acetone in the breath of the subjects and increased levels of blood ketones - specifically beta hydroxybutyrate. They found no link between isoprene and acetone levels in breath and glucose levels in the blood. "Our results have shown that it is realistically possible to use measurements of breath acetone to estimate blood ketones," said co-author of the study, Professor Gus Hancock.

Comments "We are working on the development of a small hand held device that would allow the possibility of breath measurements for ketone levels and help to identify children with new diabetes before DKA supervenes. "Currently testing for diabetes requires a blood test which can be traumatic for children," Hancock said. The results of the study have been published in IOP Publishing's Journal of Breath Research.