We list down some natural remedies suggested by Ayurveda Expert Dr. MA Chaudhary from Ayur Tree Herbal to help you quit smoking. 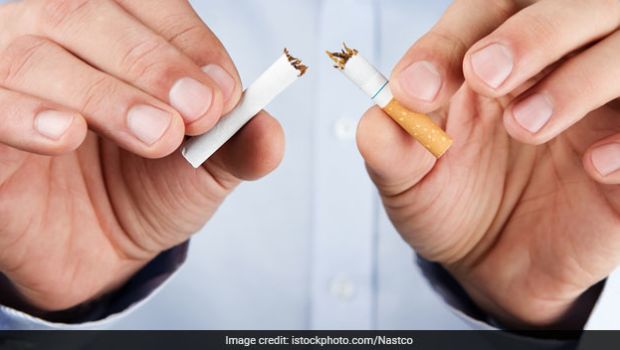 Highlights
Smoking may not be a good way to relax as it is now linked with increasing sensitivity to social stress. According to a new study by the French National Centre for Scientific Research, exposure to nicotine produces a stressing effect rather than withdrawing from it. "The experiments suggest that nicotine could enhance the effects of stress," said Philippe Faure, the centre's head of research, during the study's presentation in Paris. Scientists from the University of Paris-Seine's Neuroscience Laboratory and the University of Nice Sophia Antipolis' Institute of Molecular and Cellular Pharmacology evaluated the levels of social stress in the rodents when exposed to nicotine. The study was carried out on mice which showed that social stress was induced when the animals were subjected to repeated aggression by their dominant congeners. By studying their behaviour and the electrophysiological parameters of their brains, the centre's experts found no signs of social stress when the receptors were blocked. The opposite occurred in mice with activated nicotine receptors, which showed signs of increased social stress.

"Researchers have also been able to confirm that a mouse subjected to a single act of aggression by one of its congeners showed signs of stress only if it had been previously exposed to nicotine," the study said. Although the research focused on mice, the researchers said that the study will now revolve around how humans react to this experiment.

Experts, since years have said that smoking invites various health hazards. It is imperative to curb these smoking habits and lead a healthier lifestyle.

We list down some natural remedies suggested by Ayurveda Expert Dr. MA Chaudhary from Ayur Tree Herbal to help you quit smoking.

Ginger has Sulphur compounds that help in reducing this addiction. All you need to do is to soak small pieces of ginger with lemon juice and mix it with black pepper and store it in a container. Just suck into the piece of ginger whenever you have the urge to smoke and you will see the difference.

(Also Read: Ayurveda for Hypertension: 8 Foods and Herbs That May Help Cut Down High Blood Pressure)

Natural Remedies To Quit Smoking: Ginger has Sulphur compounds that help in reducing this addiction

Harad or Harar (Terminalia Chebula) are of two types, one is big sized and brown in colour and the other is small sized and black in colour. Use the black harad and soak it in water for a few hours and keep it in your mouth for a few minutes. This will help reduce the urge to smoke.

Honey and dalchini both are loaded with health benefiting properties and can help you quit smoking. Take some dalchini powder. mix half teaspoon of honey and have it with water at least 2-3 times a day to reduce the urge to smoke.

If you wish to quit smoking and are unable to do so despite multiple attempts, then bring this magic potion to your rescue. In order to reduce the urge to smoke, onion juice can come to great help. Drink onion juice at least three times a day to see positive results.

CommentsSo what are you waiting for? Bring these foods to your rescue and get rid of smoking.