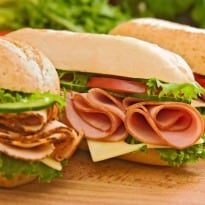 With a presence now in more than 50 cities, Subway will focus on tier-II and tier-III cities and achieve its target of operating 1,000 outlets in India in five years, including 450 by 2013-end, Gulri said.

"The success of this model highlights the growing spirit of entrepreneurship in the country," Gulri said.

Promoted
Listen to the latest songs, only on JioSaavn.com
Keeping in mind Indian sentiments, Subway has adapted a specific menu sans beef and pork.

Subway also has vegetarian restaurants in Noida, Mumbai and Jalandhar. Two more are planned in Gurgaon and Amritsar.

CommentsSubway is based in Connecticut in the US.