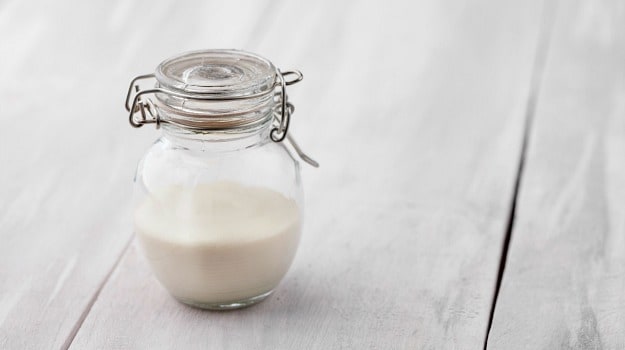 ‘Extra virgin’ is a concept most of us associate with olive oil, almost instantly. EVOO has held a celebrated spot in the kitchens for many years, with its incredible properties and health benefits being raved about far and beyond. Joining this exclusive category in recent times is the tropics’ very own coconut as extra virgin coconut oil.

So what’s this buzz about extra virgin oils or is it another food fad? While the marketing driven world debates about this case in point, several households along the coastal lines of tropical countries have been making fresh, simple hand pressed coconut oil for centuries and extensively using it in cooking.  The pure oil has a sweet, nutty flavour with a lingering note similar to vanilla, which lends richness to various preparations.

While EVCO is meandering its way into the superfood status, the notorious records of the past had sprung from studies related to saturated fat and the refined variant, which is extensively treated with chemicals thereby stripping the oil of all its goodness. The partially hydrogenated oil, which is bleached and deodourised, has high levels of trans-fat that increases cholesterol and the risk of cardiovascular diseases. This was the reason why it was stamped as ‘worst than butter.’ According to an article in the Asia Pacific Journal of Clinical Nutrition, most studies claiming the dangers of coconut oil had used hydrogenated varieties.

The extra virgin oil, on the other hand, is produced without using any chemical solvents or high temperatures. It is a stable, natural saturated fat with medium-chain fatty acids that can be easily converted into energy by the body. Among the fatty acids, it primarily contains lauric acid, a “miracle” component known to have various beneficial properties – anti-pathogenic, regulates cholesterol level and insulin, promotes weight loss, etc. A 2007 study in the Journal of Medicinal Food stated that EVCO was effective in fighting infections caused by parasitic fungi.

Simran Saini, wellness and nutrition consultant of Fortis Group of Hospitals says, “Coconut oil has saturated fats and hence always been considered harmful for health. But the medium chain fatty acids found in EVCO are found to easily assimilate in our system. They enhance the binding of insulin to our cells which makes sugar levels more stable thereby helping in weight loss. Rich in vitamin E, antioxidants and polyphenols, this oil helps in balancing our hormones and thus is good for weight loss if consumed in right quantities.”

EVCO is produced from fresh coconut kernel. The production process, though not as strict as the norms followed in yielding EVOO, has its share of set guidelines. To obtain EVCO, mature coconuts are chosen and the flesh is then cut into smaller pieces and placed in a food processor. The processed contents are then filtered to obtain coconut cream, which is transferred to a jar and left to stand for about 24 hours when the oil separates at the bottom leaving a curd layer on the top. The curd is carefully removed to obtain EVCO. In this process, the raw coconut is not subjected to any heat or chemicals and it yields pure, organic oil that is rich in flavour and aroma. There are other methods such as cold press and centrifuge that are also used to obtain the unrefined oil. Most of the popular commercial brands claim that their ranges of EVCOs are made by cold pressing.

In India, virgin coconut oil has been extensively used for the preparation of a number of traditional south Indian dishes for centuries and continues to do so in most households that have stayed clear of the refined variant.

“The basics of any cuisine require one to use ingredients that are local and easily available. This makes the cuisine of each region unique. The usage of coconut oil forms the core of south Indian and coastal cooking, however it is not the only oil which is used,” says Chef Naren Thimmaiah, the creative force behind Karavalli, the award winning south-west coastal Indian restaurant at The Gateway Hotel Residency Road, Bangalore.

“At Karavalli, where our ethos lies in replicating traditional family recipes, we source pure coconut oil from villages near Vayathur in Kerala and use it for the preparation of dishes such as Malabar Avial, Chicken Coconut Roast, Kottyam Fish Curry and Karimeen Pattichathu (pearl spot fish cooked with shallots and spices using coconut oil),” he informs.

In other parts of the globe, the rise in the popularity of EVCO can also be credited to the vegan movement, wherein it is considered as the perfect alternative to butter. It is a stable vegetable oil that remains solid at room temperature and can withstand high heat without smoking or oxidising.

Chloe Coscarelli, an award winning vegan chef, in her blog dedicated to innovative vegan recipes, makes Fluffy Coconut Cupcakes where instead of buttercream frosting, she uses EVCO to whip up a silky smooth and fluffy icing. She also uses it to make thick, luscious whipped cream for beloved Italian desserts like tiramisu and cannoli. And the result she says is perfect.

Celebrity chef Martha Stewart makes vegan dark chocolate coconut oil truffles, where she melts the chocolate with virgin coconut oil to make the sinful treat. She says that EVCO adds a lovely flavour. Renowned chef Thomas Keller had caused much speculation when he had used EVCO to create a chocolate-shell ice cream topping, which would harden quickly to form a crisp outer.

Jessica Espinoza, real food wellness educator, author and the founder of Delicious Obsessions website and community, considers EVCO as a superfood that has played an important role in making her lead a healthy lifestyle. She uses it for a host of recipes such as muffins, doughnuts, pancakes and crepes, among others.

Melissa Clark in an article in The New York Times had mentioned that she uses EVCO to make sweet roasted potatoes, lemon pound cakes, Asian-style sautéed shrimps, etc. But of all her experimentations, her favourite is using it to make popcorns. “The oil brings out the nutty sweetness of the corn itself while adding a rich creamy sensation, without having to pour melted butter on the top.”

Back home, Meenu Nageshwaran, a plant-based chef based in New Delhi who runs Meenu’s Prana Kitchen, says, “Coconut is our country’s wonder plant with each part having beneficial properties. I use EVCO to add a flavour boost to my salads, and to make south Indian dishes like poriyal and sambhar. Not everyone is accustomed to the flavour but I enjoy it.”

Because of its creamy texture, ability to withstand high heat and stay firm at room temperature, EVCO proves to be a versatile ingredient that could be used to stir up a number of dishes at home. So go ahead, cook some!

Covid-19: 5 Ways The Epidemic Will Change The Way We Eat
Shilpa Shetty's Home-Made Vegetarian Pasta Is Potpourri Of Superfoods (Pic Inside)