The Buzz About 'Mad Honey', Hot Honey and Mead 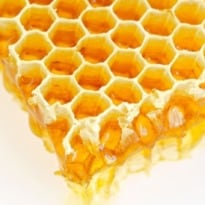 Would you eat honey that could send you mad - or even kill you? Here are three kinds of honey that pack a punch

After years confined to squeezy bottles and jars at the back of the cupboard, honey is finally getting the attention it deserves. It has always been revered for its health properties, even credited with promoting weight loss in this year's "honey diet", and there has been a spate of DIY beekeeping in a bid to combat dwindling numbers. But it is getting noticed for other reasons these days. New Yorkers are going crazy for an infused chilli version, and UK chefs and bartenders have rediscovered the joy of mead, that ancient - and very alcoholic - tipple. But by far the most intriguing example is Turkey's "mad honey". Here are the honeys that pack a punch.

This amber-hued mutant's effects range from a pleasant tingling to dizziness, blurred vision and impaired speech. Worse, it was once used as a weapon of war. In 67BC, King Mithridates' army left chunks of "mad honeycomb" in the path of the Roman enemy, who gobbled it up, lost their minds and were promptly slain. The honey is also said to have medicinal qualities - from treating hypertension and diabetes to improving sexual performance - when consumed in small amounts. It is more or less confined to the Black Sea region. There, in humid conditions, apiarists herd bees to fields of special rhododendron flowers containing grayanotoxin, and the toxin spikes the resulting honey (incidentally, it is the same poison used by the chief antagonist Lord Blackwood to feign his death in the 2009 film Sherlock Holmes).

If you do find yourself in the area and want a taste, you'll have to dig a bit deeper than supermarket shelves. Ask nicely, and chances are most local shopkeepers will hand over a jar from a stash tucked behind the counter, adding to the old-world mystery of it all. But be very careful: do not spread it on toast, drizzle it over yoghurt or generally treat it like normal honey. A tiny spoonful on the tongue is more than enough; any more and you're at risk of "mad honey poisoning", which afflicts a handful of unwitting travellers each year. It is no laughing matter - it causes low blood pressure and heartbeat irregularities, and in extreme - and thankfully rare - cases, can be fatal. This is honey at its most hardcore.

From the sleepy Turkish mountains we jump to the lively streets of Brooklyn, where "hot honey", a chilli-infused condiment, is making waves (and has even been tipped as the next sriracha). Leading the way is Mike's Hot Honey, based on a sauce that owner Mike Kurtz discovered in a rural Brazilian pizzeria. Combining a secret type of South American chilli (which sits somewhere between jalapeños and habaneros on the spicy scale) with honey and a dash of vinegar, this is not for the faint-hearted. According to Kurtz, the reddish liquid initially tastes sweet, before making way for heat - and a slight smokiness - after a couple of seconds.

The home base for Mike's Hot Honey is Paulie Gee's pizzeria in Greenpoint, which not only sells the sauce over the counter, but also showcases its versatility by drizzling it over pizza and ice-cream (apparently, it's even better with ricotta on toast). Unfortunately, neither Mike's nor any of its US competitors, such as MixedMade's Bees Knees Spicy Honey or Negley & Son Spicy Honey, have yet made their way to Britain, although you can buy Mike's online if you're prepared to wait and don't mind splashing out (it's $10 for the honey and $24 for shipping). For the moment, it seems that Britain has only one hot(ish) honey product, courtesy of Hilltop Honey. However, the company likens its honey infused with chilli to sweet chilli sauce, which suggests that it doesn't quite pack the heat of its US counterparts.

When it is time to put out the fire in your mouth, honey has the answer once again. Mead, AKA honey in alcohol form and the oldest alcoholic drink in the world (as well as being the source of the word "honeymoon", from the pagan tradition of drinking mead for the first month of marriage), is enjoying a revival after years of being dismissed as beer's daggy medieval cousin.

This restarted in the US, with more than 200 meaderies popping up in the past decade. And although Britain's mead market has been slower to pick up, the arrival of Peckham-based Gosnells London Mead on the scene last year, joining stalwarts such as the Cornish Mead Co, seems significant. The drink is made via a similar fermentation process to cider, with apple juice swapped for honey. By substantially reducing the alcohol content from the traditional 16% to 5.5%, Gosnells offers a lighter and more accessible version, which found an immediate fanbase at Maltby Street market in London, The Table in Cambridge and Timberyard in Edinburgh, where it is served straight or in cocktails with gooseberry, sorrel stem, quail egg and vodka. Mead has also been championed by chefs such as Simon Rogan and René Redzepi. Signs are promising.

Between sending you crazy, spicing up your life and cooling everything down again, it seems that honey - in all its forms - has plenty of buzz about it.