The changing taste of food and drink traditions 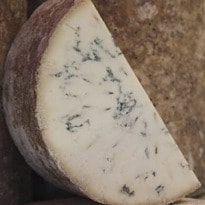 Just because a dish is traditional doesn't mean that it can't change. In an extract from his new book The Virtues of the Table, Julian Baggini writes that traditions are safest in the hands of producers who are prepared to adapt

Behind almost every tradition is a myth, and behind all traditions is the biggest myth of them all: that this is what our people have always done. But, of course, cuisines are always evolving and with food, "forever" simply means "as long as we can remember". The quickest and easiest way to destroy this illusion is simply to run through a list of "traditional ingredients" and see just how many are relative latecomers to a national cuisine. Tomatoes are a central ingredient of what we now think of as la cucina Italiana, but they didn't arrive in Italy until after the discovery of the new world in 1492, and only became common in the mid-19th century. Pasta only became a national staple after the second world war. What is true of ingredients is also true of dishes. "When people say, 'That's not traditional,' that's really disputable almost all the time," the Italian chef, Giorgio Locatelli, told me. "With Italy ... by the time they codified the recipes, most of them were already spread all over Italy, so each one had its own interpretation."

More interesting, however, is finding out how traditions have been constructed. Take any distillery tour in Scotland and you'll be told how 70 to 80% of the flavour of whisky is determined by the used oak barrel it matures in, which these days is almost always a bourbon cask imported from America. Those aged in Spanish sherry barrels are sweeter and heavier. You would have thought that the choice of barrel reflected centuries of accumulated wisdom. The truth is far more mundane. Scotch whisky used to be matured almost exclusively in barrels made from European oak, the cask of choice for sherry, port and Madeira makers after Napoleon increased oak cultivation to help build his warships. The fortified wines that filled the oak casks were popular in Britain, where distillers wanted to make use of the empty barrels. In America, meanwhile, machine-made native-oak barrels were becoming cheaper to produce, and bourbon distillers favoured the flavour given by heavily charred new casks. Then in 1935, protectionist federal law made the use of new barrels compulsory. Suddenly there was a glut of used bourbon casks undercutting old sherry barrels. Scottish distillers took advantage, radically changing the flavour of their drinks - an opportunistic response to changed market conditions, precipitated by a law passed by a foreign nation.

It also needs to be remembered that traditional is not always good. Grocer and broadcaster Charlie Hicks cites Joy Larkham, who has done a great deal to revive lost "heritage" varieties of fruit and vegetables, but who once pointed out that there's often a very good reason they stopped growing them in the first place: many aren't that nice.

But surely there is some sense and value in tradition?

One key is to understand a tradition as something that is essentially alive and dynamic. As soon as anything stops living and becomes fixed as a kind of cultural museum piece, it ceases to be a tradition and instead becomes part of an historical heritage. While soda bread is still a traditional Irish loaf, a trencher - a piece of stale bread used as a kind of edible plate in the middle ages - is part of our culinary history. If revived, it would be a heritage foodstuff, no longer tied to the past by continuous custom, but a self-conscious resurrection of a dead practice.

Tradition and heritage both have their value, but although they overlap, they are not the same thing. Tradition mirrors an aspect of language identified by Jacques Derrida - rather than attributing a single meaning or "essence" of a word, his claim was that the iterative nature of language means that each time a word is used its meaning can change very slightly. Each iteration is sufficiently alike that comprehension is unproblematic, but also sufficiently unique that the meaning of a word cannot be fixed. That's why it was possible for "dinner" in English to alter its meaning seamlessly over the centuries so that what once named a late-morning meal now commonly refers to one taken in the evening.

Traditions are the same. Sometimes in recipes, as with words, a significant change is introduced and the community adopts or rejects it. More often, changes occur organically. As butter gained a bad reputation for causing heart disease, many northern Italians gradually substituted olive oil. "There is always a kind of movement in the cooking," says Locatelli, "so tradition moves with society." Because of this, there is no contradiction at all in a dish's being traditional and yet differing significantly from its historical predecessors. It is not straightforwardly the case that the older the version, the more traditional it is. How long the practice has been maintained matters more than how long ago it started.

Overzealous attempts to preserve traditions can just as effectively kill them. Once the preservationists get their hands on a dish or product, one formulation becomes the uniform orthodoxy. This is one of the downsides of the European PDO and PGI (protected designation of origin and protected geographic indication) schemes, designed to protect the special, distinctive status of regional foodstuffs. When it is formally specified exactly what it means for a cheese to be mozzarella di bufala campana, innovation is stopped. When you deny something the possibility of growth, you do not keep it alive; you kill and pickle it.

Arguably the torch of tradition is now glowing most brightly in the hands of people creating new products in traditional ways. Take, for example, the producers of Stichelton, an unpasteurised blue cow's-milk cheese in the old style of Stilton. The latter is now being produced according to strict PDO rules that require the milk to be pasteurised, which means Stilton has become "a protection of an existing form of manufacture that in actual fact bears no relation to what the traditional Stilton is all about", according to Dominic Coyte of Neal's Yard Dairy. I would argue that the new Stichelton is the more properly traditional cheese.

That is not to say there is no value in what I contrast as heritage.

Gastrodiversity is also served simply by keeping alive or bringing back lost or threatened foods. Apart from its cultural and culinary value, in a world in which there is a tendency for agriculture to put all its eggs into one basket, small-scale production of alternatives maintains biodiversity.

Tradition at its best is therefore not about looking backwards, but about looking both ways, taking the good that has come from the past into the future, while not being afraid to see it continue to change and grow.