The Growing Cult Of The Toddy Shop Experience. Tried It Yet?

It was a conversation with Chef Aji Joseph in 2016 that gave me a peek into one of Kerala's bubbling F&B trends - the toddy shop experience. Chef Aji graciously volunteered to take me on a toddy shop trail; it's still on the cards. 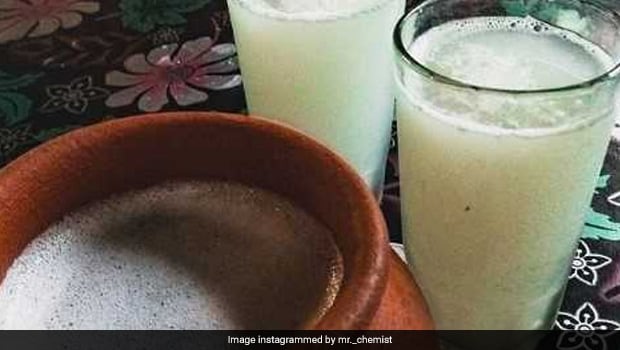 Highlights
It was a conversation with Chef Aji Joseph in 2016 that gave me a peek into one of Kerala's bubbling F&B trends - the toddy shop experience. Back then, Aji was Executive Chef of Oriental Cuisines who run Ente Keralam, one of Chennai's finest stand-alone Kerala cuisine restaurants. He had travelled around central Kerala along with a couple of his colleagues in his quest for the best toddy shops and convinced two cooks to travel back with him to Chennai. These two cooks fronted a fortnight-long food promo that served typical toddy shop cuisine. Chef Aji graciously volunteered to take me on a toddy shop trail; it's still on the cards.

Chef Lata leads the culinary team at Malabar Cafe, the new signature Kerala dining experience at the all-new Grand Hyatt Kochi Bolgatty along the city's waterfront. She is a big believer in home-style food; the restaurant does not buy any masalas produced off an assembly line, choosing instead to grind masalas the old-fashioned way within their kitchen. One of the dishes on the menu achayan tharavu - duck roast, reminded me of one of the duck dishes from the toddy shop promo in Chennai. It was the final spark that led me to Tripunithara for my first real toddy shop experience.

Almost till a decade ago, the Kallu Kada (The Malayalam word for a toddy shop) was the quintessential male space. The magnet has traditionally been the palm wine or palm toddy that is typically extracted from the sap of palm or coconut trees. In Kerala, toddy has also been used as a leavening agent for appam. Chef Aji Joseph who now manages Gourmet Guide, an F&B firm recounts his first experiences of a toddy shop that was an important social space. Back then the food was the sideshow, the toddy was the real deal. Media and social media platforms can take most of the credit for the sudden transformation in the 2010s. While the communication and packaging by influencers has suddenly seen luxury cars vie for parking around these modest toddy shops, the toddy shop hasn't changed the way it operates. It's probably why the popular toddy shops stand out with their authenticity at a time when real dining experiences are fast fading.Under the jasmine vine, that's what Mullapanthal loosely translates into from Malayalam. Not the name you'd associate with a toddy shop, especially one without jasmine vines. This is one of Kochi's most popular toddy shops. I struggled to find a seat on a busy Saturday afternoon, until a bunch of sales executives made room for me on a packed table. They were all headed home - Malappuram, in the northern corner of Kerala, and had rolled up their sleeves for a quick meal before their bus ride. All I had to do was take cues from them.

Listen to the latest songs, only on JioSaavn.com
April is one of the hottest months in Kerala, especially at 2 pm under an asbestos roof; that didn't deter the crowds. The diverse mix of patrons was clear evidence of the popularity of toddy shops like Mullapanthal and Kilikoodu on Kottayam where the decor has been  untouched. For decades these were male bastions, and then somewhere along the line they became cult dining spaces for the first foodies who discovered them. In 2018, the toddy shop is a mainstream dining phenomenon. It's almost a parallel narrative to the slightly more upscale bars in most Indian towns and cities that transform into family dining spaces especially for a Sunday brunch.

Long before local produce became a hipster phenomenon, toddy shops sourced all their ingredients locally. There was no menu, cooks worked with whatever they could find at the  local market on any given day. Aji recounts how many toddy shops would cook large quantities of a dish just once a day and start running out of food as night approaches. Refrigeration was an unheard concept, it still is in almost all toddy shops. The food is absolutely fresh just like the toddy. Almost every toddy shop has its share of signature dishes. Aji mentions how duck dishes are a thing in many toddy shops in the Kuttanadan area. My newfound food buddies recommended the duck mappas but I chose the beef fry and Mullapanthal's signature - their karimeen pollichatu (pearl spot fish) instead. Both these dishes were delicious but truly fiery.

That's the thing about food in toddy shops, it's not for mild palates. This was food created to be washed down with toddy and eventually I grabbed my glass. It was hardly potent; my table mates explained that the toddy gets stronger towards the evening as it ferments. Kappa (tapioca) and rice are the standard staples at most toddy shops. I spotted a massive vessel with enough kappa to feed a small army just outside the kitchen. Many toddy shops like Mullapanthal also have appam or parotta on the menu.

CommentsMy most endearing memory from Mullapanthal will always be the billing counter. It's the first billing desk I've encountered without a machine or a billing book. The cashier scribbles entries in chalk on the desk - this billing desk clearly lives up to its name, in a script that only he can understand. Once he runs out of space, he just wipes the desk and starts on a clean slate. Just like that.

It typifies the toddy shop experience that hasn't changed in decades, unaffected by its latest legion of fans who are busy making their followers envious on Instagram.