The elderly gentleman sells tea near Dwarka sector 13 with a fractured arm and backbone. 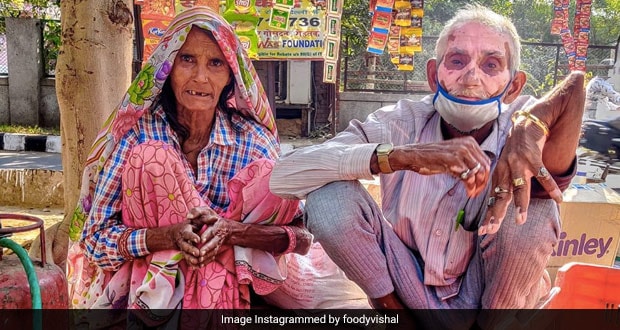 After 'Baba Ka Dhaba', a humble eatery in Malviya Nagar struggling to make ends meet, became an overnight sensation due to one social media post, many small vendors await a similar fate and many foodies are also volunteering to share their stories on as many platforms. One such story that is making the rounds of the internet is of a 70-year-old tea-seller who is trying to sustain in these tough times with his wife. The elderly gentleman sells tea near Dwarka sector 13 with a fractured arm and backbone. According to a story posted on Instagram by @foodyvishal, his son in an inebriated state thrashed him and broke his hand and also chased the couple out of the house to fend for themselves. The gentleman was also attacked by brutally his son in-law that impaired his backbone. Their daughter helped them set up a small tea stall.

The story has been picked up by many Instagram handles who are doing their best to make the message reach out. The couple can also be heard saying that the past one month has been especially difficult in terms of earnings.  The couple can be seen in Phase 1, Pocket 1, Sector 13 Dwarka.

Many celebrities and noted personalities have also showed their interest to help the couple.