Decade-End Special: Top Diets That Made Their Mark This Decade; Which One Do You Follow?

A number of diets are doing the rounds as the ultimate solution you would ever need for weight loss, more than anything else. Let's take a look at other top popular diets that created a buzz this decade. 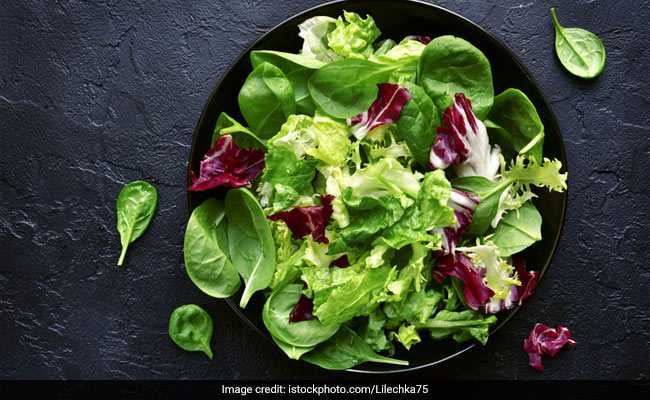 Fad diets help, but may not be doable or sustainable

We are reaching the end of another decade in December 2019; looking back as a nutritionist, I see an increasing interest in diet as a tool for achieving health and well-being. This has also been a decade when India became the diabetes capital of the world and obesity a public health problem. So while diets are being explored extensively, they are mostly being looked as a tool for weight loss, more than anything else. In response to this trend, a number of diets are doing the rounds as the ultimate solution you would ever need. These fad diets help, but may not be doable or sustainable because of unrealistic diet plans, and many of them may actually harm you in the long run.

So, while thinking about the best diet of the decade, I realised that Ayurveda had the answers we were all looking for - which suited the availability of foods, seasons and regions of our country. Ayurveda is also one the most searched food system to help chronic disorders. Thus, for me, it is the diet of the decade. Ayurveda is a centuries-old medical system, which looks at health not just from the point of view of illness but also nutrition for the body to remain healthy. Its premise is based on achieving equilibrium between self (swasthya), which includes mental and spiritual, with the environment. What is the scientific evidence? It a practise almost three centuries old whose principles are the foundation of our daily meals at home, practised in scores of Indian families for generations. Today when these are being put to test in standardised clinical researches, they are being proven right.

So for me Ayurveda is the way to go! Ayurvedic diet is majorly plant-based, emphasises on seasonal natural foods, whole grains, local least processed oils and correct use of spices.

Now, let's take a look at other top popular diets that created a buzz this decade:

1. Mediterranean Diet: Although, not a product of this decade, it continued to be a popular diet because WHO recognised it as a healthy and sustainable diet this decade. It is actually an eating pattern of the people of the Mediterranean regions. It is typically high in seasonal fruits, vegetables, whole grains, nuts, seeds and healthy oils. Proteins are from legumes and fish, moderate dairy and limited red meat. Ayurvedic eating also recommends similar foods and our traditional food also is quite like this. In fact, it is in sync with 11 of the 18 principles of Ayurveda.

Mediterranean diet continued to be a popular diet

2. Weight Watchers: This diet is based on calorie restriction, a low to moderate fat, low carb diet. It works on a point system called "smart points" where each food is given a point value based on nutrient quality and quantity limits. This way, it adheres to both Matra and Satmya virudha. WW has shown a good adherence by its followers indicating the wholesomeness and ease of following the plan with a consistent long-term result.

3. Juice Cleanses 2010: Juice cleanses are a huge hit among celebrities and are followed for days, even weeks. What does Ayurveda say about this? Well, my research has shown that while vegetable juices are recommended, they are done so at a personal level depending on your dosha. Ayurveda recommends a day of liquid diet as it is beneficial to calm the three doshas and this diet is found to have a lasting effect. If you want to do it right, find what suits you best.

Juice cleanses are a huge hit among celebrities

4. Dukan Diet 2011: Made popular by Kate Middleton, Dukan diet is a low-carb, high-protein diet, which is followed in three phases: the cruise phase, consolidation phase and stabilisation phase. You go from removing all food groups to reintroducing them. In Ayurveda, you start with finding out what suits you, so it is less painful and a health boost.

(Also Read: Dukan Diet: What It Is And How It Helps In Weight Loss)

5. Intermittent Fasting 2012: Fasting is a part of almost every culture, intermittent fasting has become a huge favourite and if done properly, it can be good. This diet recommends a cyclic eating and fasting method. There are various ways of going about this. 8 hours of eating and 16 hours of fasting, 10/14 is also used similarly, and so is fasting on alternate days, and so on. Ayurveda principles recommend that eating before sunrise and after sunset isn't a good idea. It, however, says that breakfast should be good and lunch the best while dinner can be optional. What a lot of people do is - have lunch and dinner and also don't really control portion sizes or make healthy choices.

6. Paleo Diet 2013: Also called the hunter-gatherer diet or the caveman diet, its recommendations are similar to Ayurveda as far as fresh locally grown foods go, but this diet omits complete food groups like healthy whole grains and legumes. It is against processed food, which is good. Clinical trials have found benefits in Paleo diet but long-term effects are not known, it also seems a little impractical and is difficult to follow in the long run.

(Also Read: Paleo Diet: Should We Go Back to Eating What Our Ancestors Ate?)

7. Ketogenic Diet 2018: This is currently the most trending diet fad. A very low-carb, high-fat and moderate-protein diet, it was originally used as a tool for diabetes control and was found effective in controlling epileptic fits in children. Today, its popularity is more from the weight loss point of view. It has helped rapid weight loss, but does it stay on, is still not clear. Long-term effect of this high-fat and low-carb diet is also not known.

This is currently the most trending diet fad

Fad diets usually use one principle of good eating habits and create a story around it, Ayurvedic diet principles are rooted in natural balance and focus on a healthy mind, body and spirit. The best diets are those, which can be adopted as a lifestyle, lifelong. Choosing a diet is a personal call but I suggest doing it wisely.

About Author: Rupali Datta is a Clinical Nutritionist and has worked in leading corporate hospitals. She has created and lead teams of professionals to deliver clinical solutions for patients across all medical specialties including critical care.