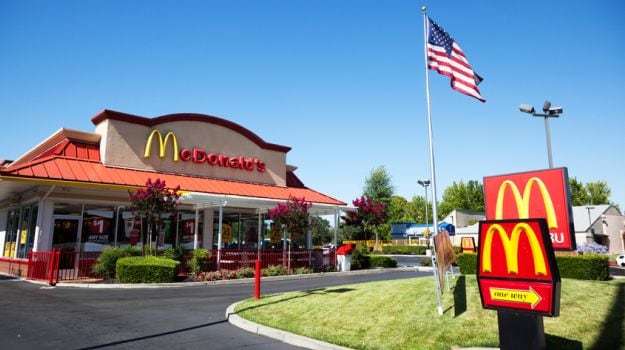 It took McDonald's four years to conceive, test and roll out McGriddles in 2003.

So the six months the world's biggest restaurant chain spent switching out margarine for butter in its Egg McMuffins may seem like an eternity, but it represents a quantum leap in speed.

With breakfast-peddling competitors like Burger King, Taco Bell and Dunkin' Donuts nipping at its heels, McDonald's had to remove the hitch from its giddy-up to get millions of pounds of butter to its 14,000 U.S. restaurants.

Granted, trading an ingredient in an existing menu item, even when it causes suppliers sleepless nights and risks alienating customers, is simpler than a launch. But McDonald's is touting its New Nimble as an example of changes under Chief Executive Officer Steve Easterbrook. It's an agility that matches the faster pace of the rest of the world.

"They need to be able to move at the pace that the outside world is moving," said Sara Senatore, an analyst at Sanford C. Bernstein. "The outside world changed faster than McDonald's internally. Basically, they got left behind."

Since taking over more than a year ago, Easterbrook, 48, has stressed urgency over perfection. He dismissed corporate employees and adjusted kitchen operations. He executed his biggest move, introducing all-day breakfast in the U.S., just seven months after taking the helm. McDonald's shares have risen 24 percent during his 15-month-plus tenure.

The first Egg McMuffin was created by franchisee Herb Peterson, who wanted to concoct an Eggs Benedict that could be eaten in the car. Butter was used in the first recipe, rolled out in the U.S. in the 1970s.

The switch back to the original recipe for the Egg McMuffin occurred in September, just before the national introduction of all-day breakfast.

McDonald's also recently changed its English muffins, now baked with unbleached flour instead of the bleached version. Terry Smith, who owns three McDonald's restaurants in southern New Jersey, said the texture and flavor are better now, and diners are noticing. "They're telling me that they like the taste of the English muffin, the crispness," he said.

The revamped fare is helping sales, too. In the first quarter, McDonald's had 23 million more customers than in the same period last year. Same-store sales jumped 6.2 percent globally in that period for the third-straight quarterly gain. The increase was the biggest in four years.

"We're rethinking the way we approach innovation and really questioning some of the processes we've used in the past," Jessica Foust, director of culinary innovation at McDonald's, said in an interview. "The change to butter was extremely fast. That's probably the quickest change that we've made."

Rolling out McGriddles, the egg-bacon-and-cheese sandwiches with maple-flavored pancakes instead of bread, involved focus groups, operations tests in the Chicago area, several stages of in-restaurant trials, advertising tests and a final case presented to executives for signoff.

For the switch to butter, McDonald's cut out focus groups to speed the process, Foust said. The company also lit a fire under suppliers to move it, too.

In late August, Grassland Dairy Products found out it needed about 2.4 million pounds of butter for the swap. The family-run operation started working overtime. The company's three facilities went to seven days a week, up from six. And the dairy also had to push its cardboard-box supplier to make the McDonald's packaging in just four weeks instead of the usual eight.

"It was a four-month turnaround from sample to rolling it out," said Trevor Wuethrich, president of the Greenwood, Wisconsin-based dairy, just one of McDonald's butter suppliers. "It was quick."

While the New Nimble keeps the McDonald's empire at or near the cutting edge of fast-food breakfast, the company needs to make sure it doesn't go too far and alienate customers who've become used to certain tastes, said Senatore, the Bernstein analyst.

"McDonald's menu has evolved dramatically in the last five decades, but it needs to be at the right pace and customer-driven," she said. "You move too far, too premium or too edgy, then you lose the people."