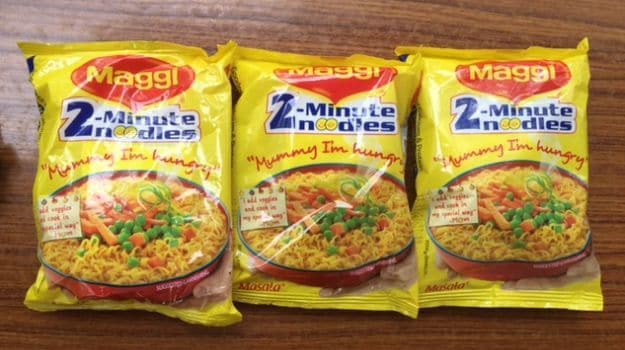 As a ban continues in India on Nestle's Maggi noodles, the US health regulator USFDA has said its tests have found the lead level in the popular instant food within acceptable levels for US consumers.

A USFDA spokesperson, in an e-mailed statement, said: "Following news reports about alleged lead levels in Maggi noodles made by Nestle and sold in the US, FDA tested a limited number of samples for lead contamination. FDA testing did not find any levels that present a public health concern for US consumers."

"We are yet to receive an official notice about the complaint filed before the National Consumer Disputes Redressal Commission (NCDRC). Our current knowledge on this issue is only media reports. We shall be able to provide substantive response after we receive the official papers," Nestle said in a BSE filing.

On FDA clearance, a Nestle India spokesperson said: "We have learnt from our official importer in the United States, House of Spices, that USFDA has tested several shipments of Maggi noodles from India for lead content. Finding no unsafe lead levels, FDA released the noodles for sale in the United States."

Promoted
Listen to the latest songs, only on JioSaavn.com
(One Brand's Loss is Another One's Gain: How Other Instant Noodle Brands Are Using the Maggi Noodles Controversy to Their Advantage)

In June, food safety regulator FSSAI had banned Maggi noodles in India, terming it as "unsafe and hazardous" for consumption due to presence of lead beyond permissible limits. Nestle India too withdrew the product from the market.

CommentsFSSAI had also said Nestle India had violated labelling regulations on taste enhancer 'MSG' and ordered the company to submit a compliance report on the same. The ban on Maggi showed up in Nestle India earnings earlier as it reported a standalone loss of Rs 64.40 crore for the June quarter - its first quarterly loss in over three decades. It had posted a net profit of Rs 287.86 crore in
April-June of 2014-15.