What is White Tea and What Makes it So Expensive?

There was a time when most households in India enjoyed tea in the form of masala chai.Various kinds of teas are now making their way into Indian homes as people are warming up to try them and reap their health benefits. 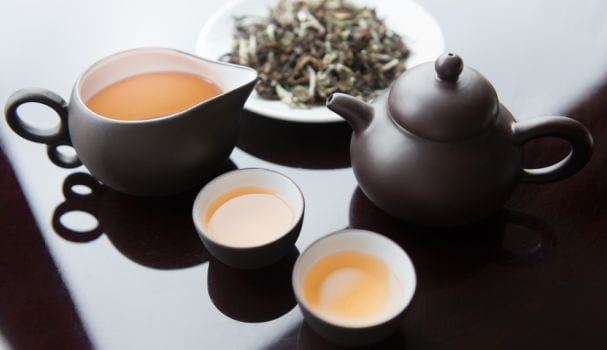 Highlights
There was a time when most households in India enjoyed tea in the form of masala chai. Nobody really bothered about any other kind. Thanks to the shifting trend towards healthy foods and beverages, various kinds of teas are now making their way into Indian homes as people are warming up to try them and reap their health benefits. Green tea or herbal tea probably top the charts, but there's also another kind that's been garnering much attention - white tea. So what really is white tea? And is it really white in colour as assumed?

According to tea sommelier Anamika Singh, the face behind Anandini Himalaya Tea, "White tea is made from the new leaves and buds or at times only from the young buds of the tea plant, Camellia sinensis. The leaves are plucked and sun-dried. The catechins (a type of antioxidants) are retained by this process and they are found to be in large extent in this kind of tea. White tea has a pale yellow colour, with a fruity flavour, while some even have floral notes."

According to Amit Anand, owner of Mingle Tea, "One of the most delicate teas, white tea is hand harvested from the tiny, young leaves of the tea plant. The buds are withered and air dried as soon as they are harvested. These teas are oxidized in very controlled manner, hence the flavour is softer and more delicate compared to other teas."

A Look Into The History Of White Tea

The earliest references to white tea trace back to the Tang Dynasty in China where it was made into compressed cakes and brewed in earthen kettles. As per legends, it was only during the Song Dynasty that it gained more popularity and was reserved only for the Emperor and other royals from his court. They found that the youngest buds of the tea plant produced a milder tasting tea with yellowish-green liquor, which was finer than black tea.

Much like the traditional Japanese tea ceremony of preparing matcha, white tea in ancient China too was earlier used in the form of powder which was whisked in ceramic bowls. Much later it was replaced by loose leaf white tea, which then became a norm to be served as a tribute to the Emperor, thus bringing a change in white tea processing.

White tea in ancient China too was earlier used in the form of powder which was whisked in ceramic bowls.

An ancient document from around 1107 AD written by then reigning Chinese Emperor Huizong, which is now referred to as the 'Treatise on Tea', throws light on the traditional tea ceremony in Imperial China. There he had mentioned his fondness for Bai Cha (Bai meaning white and Cha meaning tea). It is probably the first historical record of an unprocessed tea that resembled white tea.

The name white tea also stems from the fine white "pekoe" hairs that cover the greenish grey tea leaves, apart from its pale yellow-green coloured tea liquor. Since only the youngest buds and/or leaves go into its making, harvesting is time consuming and production is limited, as such white tea prices are higher compared to other teas.

"These buds have to be treated with great care after harvest to preserve the fine white hairs present on the leaves, making the process very expensive. Being first flush (harvest) of the year, there is always a strong demand for the first harvest tea leaves," says Amit Anand.

"The most popular types of white tea are White Peony and Silver Needle. Silver Needle is the most expensive of the white teas that is made only from the single tips of the tea stem, which when dried, look like silver needles," says Anamika Singh. A 35 gram pack of Anandini Silver Needle white tea is priced at INR 850.

Promoted
Listen to the latest songs, only on JioSaavn.com
So what's the difference between White Peony and Silver Needle? It is said that during the Qing Dynasty, White Peony was made from young buds of tea plants that grew all around the Fujian province. In the mid 18th century, a new variety of tea tree was discovered in the province called the Fuding, which had larger buds and a stronger aroma. These were then used in the making of Silver Needle white tea. Since the tea buds were only sun-dried, they were able to retain maximum flavour of the tea. By the late 18th century, Silver Needle white tea gained popularity and was exported to neighbouring Asian countries and the Western world.

Silver Needle white tea is packed with antioxidants and is low in caffeine. It is heavy on the wallet as it's rare with limited production, time consuming to harvest and finer in taste. Often it's made only from the first flush (harvest) of the year, and the demand for the first harvest tea leaves is very high.

To know more about the health benefits of white tea, read 12 Remarkable White Tea Benefits for Skin and Overall Health.