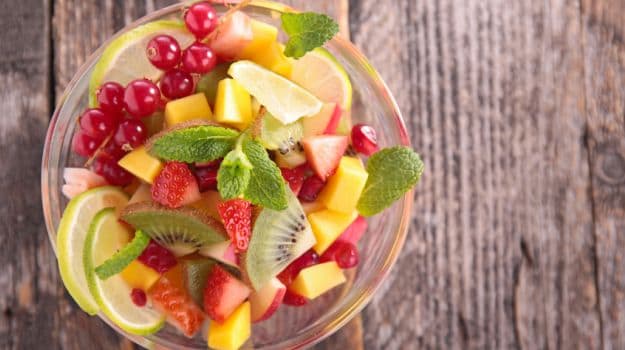 A new report has added to the growing body of research suggesting that what we eat has tremendous consequences for the planet -- and the future of humanity.

The paper, which was released this week by the World Resources Institute, examines the environmental effects of making certain changes to global diets, such as shifting toward vegetarianism or simply eating fewer calories, by calculating the resulting impact on agriculture-related greenhouse gas emissions and land use. And it found that ambitious shifts away from animal products could have a dramatic impact on the environment, cutting agricultural land use by about 2.5 million square miles and slashing billions of tons of carbon emissions over time.

The role of food in a sustainable future is an issue that's growing as a global priority, with the world's population expected to exceed 9 billion by the year 2050. Currently, the United Nations estimates that 70 percent more food (as measured in calories) will be needed by that point to feed everyone. Meeting this "food gap" in sustainable and climate-friendly ways, however, will be very difficult.

In this context, the new study analyzes three broad types of diet shifts: reducing the overall over-consumption of calories; reducing the amount of protein consumed from animal-based foods as a whole; and simply reducing the amount of beef consumed. Within each of these shifts, the authors proposed two or three specific scenarios representing more or less ambitious goals.

For example, in the shift that proposed reducing over-consumption, the researchers proposed two alternate scenarios. The first was to cut calorie consumption in such a way that obesity would be totally eliminated and the number of overweight people would be halved (the more ambitious scenario). The second, more modest proposal, was to halve both the number of obese and overweight people.

More and less modest scenarios were proposed for the other two diet shifts as well. The researchers relied on a global biophysical model called the GlobAgri model to calculate the environmental impacts of each scenario. The model takes into account the carbon footprint associated with agricultural production -- emissions produced by farm equipment or belched by farm animals -- as well as emissions associated with land-use change, such as the deforestation that can accompany agricultural expansion.

Overall, the study found that each shift came with its own set of environmental benefits. The greatest of these came from reducing the overall consumption of animal-based protein.

The report's authors have acknowledged that reducing all animal consumption would likely be much more difficult than just cutting down on beef, which is what was proposed in the third major diet shift. This shift also came with substantial environmental benefits -- about a 6 percent reduction in both agricultural land use and emissions in the most ambitious scenario.

The authors didn't choose beef for this specific scenario at random. Out of all the animal products consumed across the world, a reduction in beef is likely to make the biggest single impact. The report points out that total emissions associated with cattle raising are greater than those produced by most countries -- and nearly half the land used for all meat and dairy production in the world is associated with beef production.

Still, warned Janet Ranganathan, WRI's vice president for science and research and one of the paper's authors, the report is not intended to encourage total vegetarianism worldwide. And even the most ambitious shifts for beef and other animal product reductions don't call for a global zero-meat policy.

"We're trying to advocate for small shifts that can have a significant impact on people's environmental footprint," she said.

The focus on land use is an aspect of the report that hasn't appeared in many other studies of diet shifts, said Marco Springmann, a researcher in Oxford University's Future of Food program who was not involved with the new report. Springmann recently published his own study on the environmental impacts of a shift away from meat-based diets, research he said focused more on health and climate change benefits, but not so much on land-related issues.

He cautioned, however, that land use can be a tricky thing to focus on.

"Most of the time, we imagine that changes in future food production will be met by both the use of new land, but also by more intensive use of existing land," he said, noting that predictions about which of these solutions will be applied to an increase in the production of any given food source are difficult to make. But while he noted that these difficulties may mean the report's estimates on land use changes are a bit extreme, he said it was overall a good inclusion.

To help encourage dietary shifts, the report also includes a tool called the "shift wheel," which provides tactics the food industry can use to influence consumer purchasing. Broadly, these tactics include advertising and selling products in ways that maximize their benefits and minimize their disruption to the consumer's normal lifestyle or buying habits.

The report's proposed tactics are meant to target barriers to the consumer at the point of sale by helping companies within the food industry directly encourage different choices.

This approach has also not often been used by other studies on diet shifts, said Springmann, the Oxford researcher. "In a lot of other papers, they appeal more to policymakers and tough regulations, so it's nice that there is also a paper that speaks more to industries that want to market their product," he said.

How feasible any of the proposed shifts are, on the other hand, remains to be seen. Ranganathan emphasized that the report was meant to explore the impacts of small shifts, which could be made palatable to large groups of people -- and Springmann agreed that this type of approach may be best in the future.

"What we need is really population-based approaches that apply to a wide range of people," he said.

How To Make Kashmiri Kadam Saag - The Comforting Broth Loaded With Good Immunity
Bored With Regular Noodles? You Must Try These 4 Types Of Noodles