When You Can't Find the Pie that Broke the Internet, Go DIY 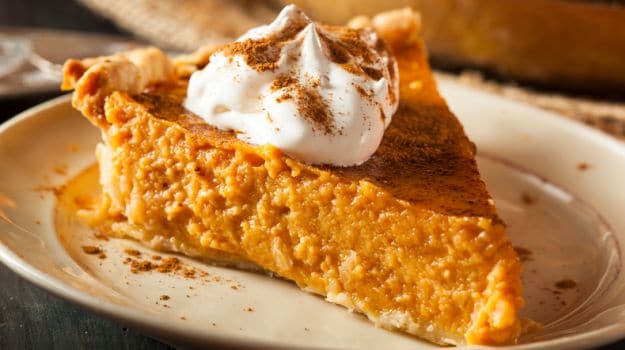 After the hilarious videos of Patti LaBelle-impersonating fan James Wright sampling her sweet potato pie went viral last weekend ("You turn into Patti after eating this"), here's how the phone was answered at more than one Wal-Mart: "Thank you for calling Wal-Mart, we're out of the Patti LaBelle pie, how can I help you?"

In fact, there was such a run on the Patti Pie, thanks to the power of YouTube, that suppliers were trying to source as many as 2 million pounds of sweet potatoes to get the pies back on the shelves, according to the Associated Press.

There was only one thing for a pie lover to do: Make it myself.

First, though, I had to find the recipe. Simple Google searches were a little iffy; results were dominated by stories about the video and the store-bought pie. But knowing LaBelle had written multiple cookbooks (none of which I could get my hands on immediately), I headed to the reader reviews on Amazon. Bingo: In a review of LaBelle's bestselling first cookbook, "LaBelle Cuisine: Recipes to Sing About" (Clarkson Potter, 1999), I found mention of a recipe called Norma's Black-Bottom Sweet Potato Pie.

There's no Kindle edition of the book, but I then found recipes by that name on a scant few Web sites, sometimes attributed to LaBelle, and cross-referenced them to find that they were identical.
(When I scored a copy of "LaBelle Cuisine" from a colleague a couple days later, I verified that the recipes I tested for both the pie and the separate crust are indeed exactly what appear in the star's book.)Turns out, it's a pretty straightforward, good-looking, traditional Southern recipe, with a filling made of boiled-in-the-skin sweet potatoes (also referred to in the recipe as "Louisiana yams"), butter, brown and granulated sugar, eggs, spices (including an unusually large dose of nutmeg), and a little half-and-half. The "black bottom" of the title refers to the nifty technique of sprinkling a little of the brown sugar on the pie crust before partially baking it without the filling, adding flavor and keeping the crust from getting soggy.

(I wasn't immediately sure who the Norma of the recipe title is, but I suspected it was Norma Harris, LaBelle's longtime hairdresser. After seeing the book's acknowledgements, which include a shout-out to Harris as one of her "forever friends" and a photo on this recipe's spread of "my best friend, Norma, and me stirring it up in Norma's kitchen," I'm sure.)

How did the pie turn out? It's pretty great, honestly: The crust is flaky and tender, and the filling is particularly creamy, not too sweet, and nicely spiced - pretty bold, as expected, with the nutmeg, but I like that.

And here's the big question: How does it compare to the Patti Pie at Wal-Mart? Well, the store-bought one is cheaper, although perhaps not by all that much. Wal-Mart is selling the pies for a mere $3.48, while I paid $4.73 for the ingredients (shortening, sweet potatoes, eggs) that I needed to buy. (I had the remaining ingredients - flour, sugars, spices - in my pantry, and doubt they would have added more than another dollar's worth of expense, given the amounts that I needed.)

Now, it's certainly less time-consuming to buy a pie than to make one. I spent a good hour on a trip to a nearby supermarket to buy the ingredients, and another couple of hours making the pie. But that might not seem so bad compared to who knows how much time spent calling (or driving) from Wal-Mart to Wal-Mart trying to find a place that's not sold out.

One big caveat: I don't know how the recipe for LaBelle's Wal-Mart pie actually compares to the recipe in "LaBelle Cuisine." And then there's the most crucial comparison of all: the taste. Like everybody else who struck out, I haven't sampled the Wal-Mart pie yet, but I can't imagine it's close to as good as this freshly made one - which didn't make me break into song, but I bet it would a certain Patti LaBelle fan named James Wright.

MAKE AHEAD: The pie crust dough can be refrigerated for up to 3 days. Any leftover pureed sweet potatoes can be frozen for up to 6 months. The pie can be baked and refrigerated a day in advance.
Adapted from "LaBelle Cuisine: Recipes to Sing About," by Patti LaBelle (Clarkson Potter, 1999).

For the crust: Sift the flour and salt into a mixing bowl. Add the shortening. Use a fork or a pastry blender to cut the shortening into the flour until the mixture resembles coarse crumbs with a few pea-size bits.

Stirring with the fork, gradually add enough of the water until the mixture clumps together (you might need more or less water). Gather up the dough and press it into a thick disk. If desired, wrap the dough in wax paper or plastic wrap and refrigerate for at least 1 hour, and as long as 3 days.

Lightly flour a work surface. Place the chilled dough on it; roll out to a round that's 13 inches across.

Fold the dough in half.

Transfer to the pie plate; gently unfold the dough to fit into it. Trim the dough as needed to leave a 1-inch overhang. (Bake or reserve the scraps for another use.)

For the filling: Bring a large pot of water to a boil over high heat. Add a generous pinch of salt, then the sweet potatoes. Reduce the heat to medium; cook until the sweet potatoes are tender when pierced with a knife, about 30 to 45 minutes.

Drain the sweet potatoes, letting them fall into a colander. Run under cold water until cool enough to handle. Discard the skins; transfer the cooked sweet potatoes to a mixing bowl. Use a hand-held electric mixer to blend until creamy and smooth. You'll need 3 cups for the filling; scoop out the remainder and reserve for another use.

Preheat the oven to 400 degrees.

Uncover the pie shell; brush the interior with the 1 tablespoon of melted butter. Sprinkle the 1/4 cup of brown sugar over the bottom of the pie shell. Par-bake until the crust is set and just beginning to brown, about 15 minutes. (If the pie shell puffs, do not prick it.) Let it cool.

Pour into the par-baked pie shell, smoothing the surface. Reduce the oven temperature to 350 degrees. Bake (middle rack) until a knife inserted in the center of the filling comes out clean yet the filling still jiggles a bit, 1 to 1 1/2 hours.

Listen to the latest songs, only on JioSaavn.com
Transfer to a wire rack to cool completely, then cover loosely with plastic wrap and refrigerate until ready to serve.