Why do I crave certain foods? 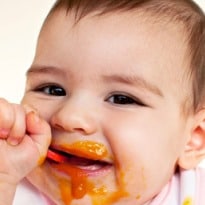 Do you ever get that thing where you compulsively yomp down a food, even though there's something a bit disgusting about it? You think: this over-boiled egg smells really sulphuric, so I'd best gobble it up before I go off the idea. I often crave sardines straight out of the tin. It's not that I don't enjoy eating them, but the fish-oiliness quickly becomes cloying and I can't let my eyes linger too long on all those innards.

It's common sense, really: oily fish may not be as palatable as chocolate, but I need its nutrients and so I am driven to keep eating it. The current popular scientific hypothesis on how our brain rewards system works when it comes to eating, could help explain this.

What precisely do we mean when we talk about rewards in the brain? Rewards are when neurochemicals make us feel good in response to a stimulus and, says Kent Berridge at Michigan University, go back for more, or work to obtain more.

Until the 1990s, most neurologists believed that reward was synonymous with pleasure, and that the neurochemical that gave us pleasure was dopamine. If something triggered pleasure, then we would seek it out again, simple as that. But then Berridge accidentally discovered that there are two essential prongs to the reward system, which are now commonly referred to as liking and wanting. He first did this by suppressing dopamine in rats and then assessing their facial expressions when something sweet was put into their mouths. (Here's a video on the university's website showing how human babies, rats, mice and primates all physically express themselves the same way in reaction to yummy and yucky foods.) The rats with no dopamine did not want food, but surprisingly, they still enjoyed sweetness when it was administered. So it seemed that they needed dopamine to actively want something, but liking (the pleasure part) was a separate thing. Numerous studies in humans have since backed this up.

Of course the two prongs are closely entwined - we naturally learn to want foods by having liked them. But they don't always work in tandem. Furthermore, our conscious minds can overrule what the reward system (of which we have little or no awareness) and our taste buds (of which we are keenly aware) are telling us. Alcohol and coffee taste like hellfire at first, but when motivated by peer pressure, or aspirations to be grown up, we persist, and eventually learn to like and want them after enjoying the effects of caffeine and ethanol.

If dopamine triggers wanting, then what produces liking? Hard drugs, that's what. Two types of brain chemical are released when we enjoy a food: opiates such as endorphin and enkephalin, along with what Berridge describes as "natural marijuana compounds called endocannabinoids".

Sweet-tasting substances have well-known analgesic effects on young children. This is why, says Julie Menella at the Monell Chemical Senses Center in Philadelphia, "it's now standard care of many hospital nurseries to give sugar water during heel prick or circumcision". This isn't about the children being distracted by a nice taste. Rather, it is probably (research is ongoing) due to the pleasure chemicals. Menella has used what is known as the "cold pressor test" (a standard pain tolerance gauge in which the subject holds their hand in freezing water as long as they can), to study the analgesic effects on different children.

When children have sweets in their mouth, they can keep their hand in the water for longer, unless, it turns out, they are obese. Mennella found that "sucrose didn't work as an analgesic", for obese children. Does this mean obesity comes with a glitch in the rewards centre, and if so, which came first: the obesity or the glitch? Could this glitch be a result of the children having ingested more sugar over their life? Animal studies suggest that this is the case.

Desire is mightier than love

Many scientists had assumed that both the liking (the endocannabinoids) and wanting (dopamine) chemicals would have equal influence, but it turns out that the hedonic (pleasure) hotspots are tiny. Pleasure has, says Berridge, "a much smaller and fragile brain basis" than wanting. He adds: "That's part of why the intense pleasures in life are less frequent and less sustained than intense desires in life." Berridge's guess is that this imbalance in the reward centre has existed throughout most of evolutionary history, and that the domination of wanting ensures we find the things we need.

One key use for this knowledge is in understanding binge eating, obesity and addiction. "Some things," says Berridge, "can enhance or amplify the dopamine system." It can become more and more responsive, or sensitised, to what turns it on more powerfully. Addictive drugs and alcohol can sensitise the dopamine system (some people are more susceptible to this than others), and it looks as though sugar has the same effect. The effect can last years, so that if a person sees cues associated with the substance, they could have what's called a hyperactive dopamine response, especially if they've encountered those things in a state of emotional stress or emotional excitement. The result is abnormally intense cravings, whether the object is liked or not.

I think I get the opposite sometimes. I'll eat something sweet that I really like, just because it's there, but then not really enjoy it. It's complicated. Does any of the above chime with you?