A Child's Brain Development May Be Affected By Air Pollution: Experts 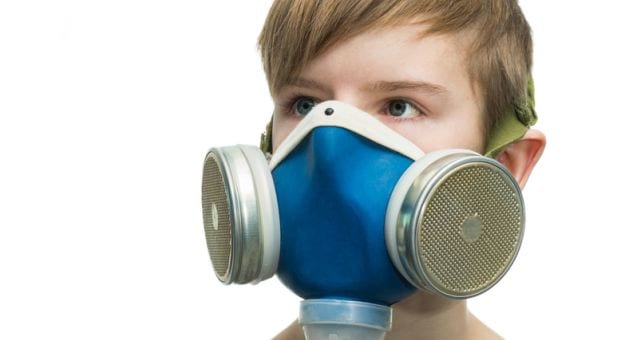 The health experts, whose claim is based on several studies, said that the difference between the working memory capacity of children living in urban areas is 4-5 per cent lower than children living in rural areas due to the effects of pollution.

"The findings are disturbing as optimal brain development is crucial in setting the foundation of children's future. Children are most vulnerable to negative effects of air pollution due to their higher breathing rate to body size ratio, and less developed natural barriers in the lungs," explained S.P. Byotra, Head of Department of Internal Medicine at Sir Ganga Ram Hospital. Byotra claimed that even indoor environment cannot be termed as safe since exposure to many common everyday pollutants in our homes, including tobacco smoke, lead in paint and toys, emissions from cooking stoves, mycotoxins among others, can affect a child's brain development.

A study published in PLOS Medicine, a peer-reviewed weekly medical journal, said that air pollution not only causes respiratory problems but can also affect the brain development of children of all ages including in the womb.

According to medical experts, millions of children exposed to toxic levels of indoor and outdoor pollution were showing brain detrimental effects exhibiting brain abnormalities. Tobacco dust, indoor air pollution, and airborne polycyclic aromatic hydrocarbons were contributing the most. "Indoor air pollution is one such health hazard which silently enters our body and incapacitates us from the inside. Its quality is equally or more dangerous than outdoor air pollution. Since we spend more time indoors, naturally the risk associated with indoor air is more," said Raj Kumar, Head of Respiratory Allergy and Applied Immunology at Vallabhbhai Patel Chest Institute. Considering the deterioration in health due to air pollution, a country wide anti-pollution awareness programme, named Clean Air India Movement (CLAIM), has been started by air purifier manufacturer Blueair. Under the initiative, Blueair has decided to plant a million trees across the country in the coming years.