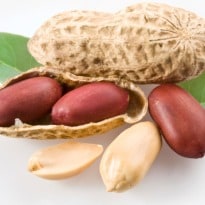 Soon, a simple blood test may be able to tell whether a person's allergy for peanuts has totally been shut off. Until now, doctors could not test whether patients who had completed immunotherapy for peanut allergy could safely stop eating daily doses of peanuts.

Peanut allergy, like other food allergies, currently has no cure. The test would detect the changes in the DNA of the patient's immune cells, according to a new study from the Stanford University and Lucile Packard Children's Hospital Stanford.

"Our new finding can help us try to determine whether, for the long term, someone's allergy has truly been shut off so people can eat at their pleasure," said Kari Nadeau, associate professor of paediatrics at Stanford and senior author of the study.

Scientists are conducting clinical trials of doctor-supervised immunotherapy, in which peanut-allergic patients take increasing amounts of peanut powder to try to de-sensitise them to the peanut allergen. At the end of the trial, patients are asked to eat some peanuts every day for the rest of their lives.

"At first, eating two peanut butter cups a day might seem fun, but it gets a little boring and a lot of people might stop," said Nadeau, an immunologist at Lucile Packard Children's Hospital Stanford.

In the new study, Nadeau's team examined 20 peanut-allergic children and adults who had completed two years of immunotherapy, which enabled them to eat one 4-gram serving of peanuts daily without experiencing a major allergic reaction.

The patients were asked to stop eating peanuts for three months and then were given a small amount of peanut powder to see if their allergy returned. Thirteen of the patients regained their allergy, while seven did not. The researchers compared the immune cells in the blood of patients from the two groups.

Blood samples from peanut-allergic patients who had never received oral immunotherapy were used as a control. The researchers focused on the regulatory T cells, which are white blood cells that help to suppress an allergy response. In these cells, the DNA at a gene called FOXP3, was slightly different in each of the three groups of patients. The FOXP3 gene has previously been shown to play a role in allergies. Patients who maintained their tolerance to peanuts had low levels of DNA methylation at FOXP3, while those who regained their allergy had an intermediate level.

The blood test necessary to monitor the DNA requires only a small amount of blood and uses common lab equipment, said the study that appeared in the Journal of Allergy and Clinical Immunology. However, the Food and Drug Administration (FDA) approval would be needed before the test could be used clinically for this purpose.

Foods that shield you against allergies