Allergy to Wheat, Bajra Can be Indicative of Gluten Intolerance 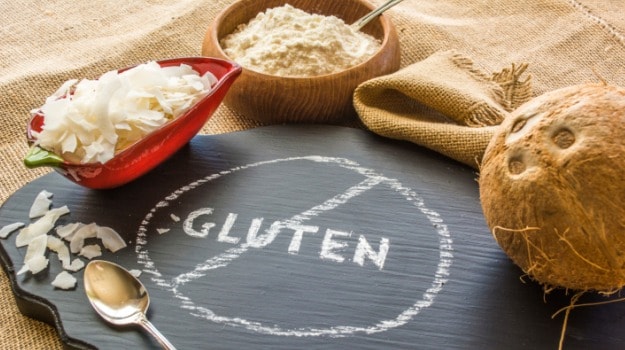 Ignorance and self-medication proved fatal for 13-year-old Inakshi Gupta, an acute patient of gluten intolerance. The problem started during her infancy when she reacted to dishes made of wheat, bajra, jowar and many other cereals. Apart from dizziness and gastritis, she experienced rashes on her skin, constipation, and vomiting. Doctors say gluten intolerance is a condition that causes reaction in an individual after consumption of gluten - a protein found in wheat, barley, rye and other cereals. Symptoms vary widely and include gastro-intestinal problems.

"Intolerance to gluten is not a minor problem as people consider it to be. If a child is intolerant to gluten then parents should not give items that contain the protein; otherwise the child may suffer from weight loss, dwarfism, obesity, rashes and intestinal problems. If not checked, it may lead to cancer and neurological disorders," Nishant Wadhwa, senior consultant and pediatric gastro-enterologist at the Delhi-based Sir Ganga Ram Hospital, told IANS.

Wadhwa said that gluten intolerance was initially considered a disease of the West but has become "very common" among Indian children too. However, he added that in India about 40 percent cases had advanced symptoms due to self-medication and delay in consulting doctors.

Doctors said that gluten intolerance starts from childhood and continues into adulthood. It has to be managed through restrictions on the diet. They said that one reason for people not knowing of gluten intolerance has been lack of specific tests, which only started about five years ago.

They said that in Inakshi's case, her parents kept delaying a visit to a doctor and tried to cure her with self-medication, treating her problem as a mild case of body allergy. However, her problems kept aggravating with the years. A year ago, she started losing weight and was suffering from intestinal ulcers, fatigue, joint pain and digestive problems. With her health problems mounting, Inakshi died at a hospital here last month.

According to the World Health Organisation, food allergy, which includes gluten intolerance, kills an estimated 2.2 million people globally. WHO has kept this year's theme of World Health Day (April 7) as food safety. A recent study published in the Journal of the American Medical Association found that people with "diagnosed, undiagnosed, and latent gluten sensitivity" had a higher risk of death, mostly from heart disease and cancer.

Noting that three to five of every 100 children in India suffer from gluten intolerance, Wadhwa said that if they continue to be fed dishes made out of wheat, bajra and other cereals, the individual may suffer from infertility in later life, apart from intestinal and stomach cancer.

Behram Pardiwalla, consultant in internal medicine at Mumbai's premier Wockhardt hospital, said the most severe form of gluten intolerance is celiac disease - an autoimmune disorder that causes the body to attack healthy intestinal tissue when gluten is present.

"This disease is the newest in the range of food-borne diseases," Pardiwalla told IANS. He said intolerance to gluten is diagnosed by a process of exclusion. "Children should first be tested for wheat allergy and for celiac disease. If both of those are negative, then the doctor may recommend a gluten elimination diet. If symptoms improve on a gluten-free diet, then you are likely to have non-celiac gluten sensitivity," Pardiwalla told IANS. He said that saliva, stool and blood tests are used for confirming gluten intolerance.

Raj Kumar, professor and head of the National Centre for Allergy, Asthma and Immunology at Delhi's Vallabhbhai Patel Chest Institute, said that gluten intolerance is a disease that deteriorates with time and once it leads to a severe health condition, it is difficult to pull a patient back.

"It is always advisable to consult a gastroenterologist or an allergy expert for symptoms like rashes, gastricitis and pain in the abdomen," Raj Kumar told IANS. He said gluten intolerance has been known for the past 40 year