Anxiety Can Cause Memory Problems 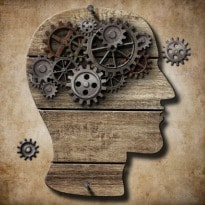 An interesting new study published in 'The American Journal of Geriatric Psychiatry' found that people who suffer from anxiety are more likely to develop Alzheimer's disease later in life.

Researchers observed those who had been diagnosed with mild cognitive impairment (MCI) and found that they faced a higher risk of a speedier decline in cognitive functions - independent of depression. (Alzheimer's: Risk factors and prevention)

According to Linda Mah, principal investigator on the study and assistant professor at the University of Toronto in Canada, "Our findings suggest that clinicians should routinely screen for anxiety in people who have memory problems because anxiety signals that these people are at greater risk of developing Alzheimer's." (Yoga may help overcome anxiety disorders)

Researchers studied 376 adults, aged 55-91 over a three year period for signs of anxiety, depression, cognitive and brain structural changes. Changes were monitored every six months. All of the adults had a clinical diagnosis of mild cognitive impairment (MCI) and a low score on the depression rating scale, indicating that anxiety symptoms were not linked with clinical depression.

Researchers found that for patients with mild, moderate or severe anxiety, the risk of Alzheimer's increased by 33 percent, 78 percent and 135 percent, respectively. Mah concluded that the study yielded important evidence that anxiety is a predictive factor of whether an individual with MCI will develop Alzheimer's or not. CommentsWith inputs from IANS