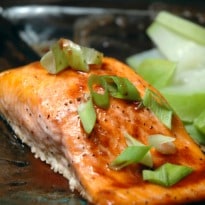 Potential mothers should avoid fish to prevent passing on certain harmful chemicals to their offsprings, an alarming study indicates.

Fish and shellfish contain high-quality protein and omega-3 fatty acids that benefit children's health, but they could also pass on certain harmful chemicals like persistent organic pollutants (POPs) and methylmercury.

Promoted
Listen to the latest songs, only on JioSaavn.com
After one year of replacing fish with vegetables in her diet, a woman would reduce prenatal exposure of her kid to a POP called polychlorinated biphenyl-153 (PCB-153) by nine percent, a team of environmental scientists have found.

Comments In people, POPs have been linked to reproductive, developmental, behavioural, neurologic, endocrine and immunologic adverse health effects, according to the Environmental Protection Agency in the US. The study appeared in the journal Environmental Health Perspectives.