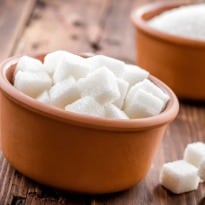 The food industry is adding more and more sugar to processed foods which consumers are largely unaware of as it is mostly hidden, warns research. Leading health experts from across the globe have united to tackle and unmask hidden sugar so that the consumers can make informed decisions about what they eat and drink.

Added sugar has no nutritional value, gives no feeling of fullness and is acknowledged to be a major factor in causing obesity and diabetes worldwide. "A can of Coca Cola has a staggering nine teaspoons of sugar (35 gm). Similar amounts can be found in the flavoured water, yogurts, canned soup, ready meals and even bread," said the report published in journal The Conversation.

"Like the model of salt reduction pioneered by Consensus Action on Salt and Health (CASH) in the UK, a similar programme can gradually reduce the amount of added sugar in food and drink products," suggested Graham MacGregor, chairman, CASH.

The CASH has been successful in compelling companies and manufacturers to add less salt to products over a period of time by setting targets for the food industry and mobilising public information.

There are several parallels between salt and sugar. Like salt, most of the sugar we consume is hidden in processed food and soft drinks. There are also specific taste receptors for sugar, which if sugar intake is gradually reduced become more sensitive. So over time, we don't notice that sugar levels have gone down, said the research.

Sugar: a guide to the sweet stuff in all its forms

Fructose has no impact on heart disease

How to give up sugar in 11 easy steps

Promoted
Listen to the latest songs, only on JioSaavn.com
Top 10 must-know facts about the sweetener Aspartame

Sugar is bad for us and we should all stop eating it - right?