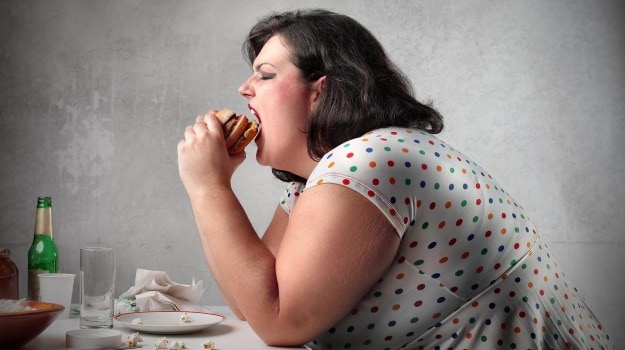 Having a beer belly significantly increases the risk for sudden cardiac death, a new study has found.

Sudden cardiac death is the result of an electrical malfunction that causes the heart to beat irregularly. It is not the same as a heart attack, which results from a failure of blood circulation to the heart, but it accounts for about half of all cardiac-related deaths.

Researchers followed 14,941 men and women, with an average age of 54 at the start of the study, for almost 13 years. The subjects had detailed health examinations five times, and there were 253 sudden cardiac deaths. The study is online in Heart.

As the researchers expected, those who died suddenly had higher rates of other cardiac risk factors, including obesity, hypertension, high cholesterol and more. But independent of these factors, those with the highest waist-to-hip ratio had more than double the risk of sudden cardiac death compared with those in the normal range. The increased risk was apparent only in nonsmokers.

"We're not sure what's mediating it," said the lead author, Dr. Ahmet Selcuk Adabag, a cardiologist in Minneapolis. "But abdominal obesity is much more inflammatory, much worse than general obesity."

For those with a midriff bulge, Adabag said, "there's no easy answer. You have to make a significant effort to reduce your cardiac risk by weight loss, diet and exercise."

The less weight a woman gains during pregnancy, the less likely she is to have a boy, an analysis of data on more than 68 million births over 23 years has found. Overall, 51 percent of babies born are boys. But Dr. Kristen J. Navara, an endocrinologist in the poultry science department at the University of Georgia, found that the amount of pregnancy weight gained and the proportion of boys born went up together. When mothers gained 20 pounds, roughly 49 percent of babies born were boys. At 40 pounds gained, about 52.5 percent were boys; and at 60 pounds, about 54 percent were boys. Above 60 pounds, the correlation disappeared. The study was published in PLOS One.

The reasons are unclear, but Navara said that male embryos and fetuses had higher metabolic rates and might require more nourishment to develop successfully. Low maternal weight gain may therefore be more detrimental to boys than to girls.

"More than 13 million women in our study gained fewer than 20 pounds during gestation - this comes out to approximately 525,200 'missing' males," Navara said. "For women who are older," she added, "we do tests around 11 weeks to find chromosomal problems and we incidentally discover the sex. Maybe it's worth doing that for everyone so that we can optimize the conditions necessary to survival."

That E-Book May Keep You Up

Planning to read in bed tonight? It may be better to read an actual book instead of an e-book reader. A small study has found that reading light-emitting electronic devices before bedtime is a recipe for poor sleep.

Researchers randomly assigned 12 healthy young adults to one of two activities: reading a light-emitting e-book in a dimly lit room for about four hours before bedtime on five consecutive evenings, or reading a printed book for the same amount of time. All participants did both tasks.

The researchers took blood samples to measure melatonin levels, and electronically tracked how long it took to fall asleep and how much time was spent in each sleep stage. The study, done at Brigham and Women's Hospital in Boston, is online in the Proceedings of the National Academy of Sciences.

Compared with a printed book, a light-emitting e-book decreased sleepiness, reduced REM sleep (often called dream sleep) and substantially suppressed the normal bedtime rise of melatonin, the hormone that regulates the sleep and wake cycle. The e-book users took longer to fall asleep and felt sleepier in the morning.

"Much more has to be known about the kind of impact these devices have on our health and well-being," said the lead author, Anne-Marie Chang, an assistant professor of biobehavioral health at Penn State. "The technology moves quickly, and the science lags."