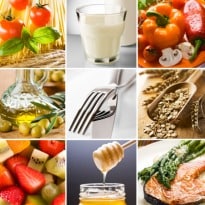 Scientists have shown in new research that dietary changes are linked to alterations in gene expressions that could affect overall health and physiology.

Listen to the latest songs, only on JioSaavn.com
Even the most health-conscious eaters find themselves indulging in junk foods from time to time. New research by scientists at the University of Massachusetts Medical School (UMMS) raises the striking possibility that even small amounts of these occasional indulgences may produce significant changes in gene expression that could negatively impact physiology and health. A pair of papers published by A.J. Marian Walhout, Ph.D., co-director of the Program in Systems Biology and professor of molecular medicine at UMMS, describe how metabolism and physiology are connected to diet.

Comments Using C.elegans, a transparent roundworm often used as a model organism in genetic studies, Walhout and colleagues observed how different diets produce differences in gene expression in the worm that can then be linked to crucial physiological changes.