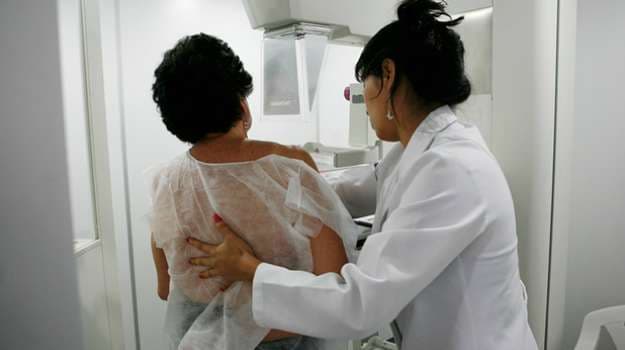 Study finds bisphosponates, which only cost 5p a day per patient, reduced risk of dying from breast cancer for postmenopausal women.

A cheap and widely available drug used to treat osteoporosis could prevent a thousand breast cancer deaths a year, a study has found.

Researchers said that bisphosphonates, which are given to keep people's bones healthy, prevented one in six breast cancer deaths in postmenopausal women over the course of a decade.

Trials showed that the drugs stopped breast tumour cells from spreading to the bones, the most common site for secondary cancers, and reduced the risk of dying from the disease by 18% in the first ten years after diagnosis.

Doctors said the findings will have an immediate impact on patient care with bisphosponates being recommended for all postmenopausal women with breast cancer. The drugs had little effect on younger women who had not gone through the menopause.

"We expected the drugs to prevent secondary cancer, but the fact that it translates into an 18% reduction in deaths is larger than we anticipated," said Robert Coleman, director of the Sheffield Cancer Research Centre, who led the study.

The researchers pulled together medical data on nearly 19,000 women who took part in 26 separate bisphosphonate trials. Women benefited from the drug regardless of the type of bisphosphonate they took, the size of their breast tumour, and whether or not it was hormone sensitive. About 80% of breast cancers are hormone sensitive. The drugs are cheap, at only 5p a day per patient, because they have come off patent and can be manufactured as generics.

"This is one of the most important steps forward in breast cancer treatment since the introduction of herceptin over 10 years ago, but this time we're talking about a few pence rather than thousands of pounds, and millions saved by the NHS," said Baroness Delyth Morgan, chief executive of the charity Breast Cancer Now.

The charity warned that the drug could be left "sitting on the shelf" because there is no incentive for a pharmaceutical company to licence the drug for cancer. But Professor Coleman said that doctors would now offer the drug off-label, with many hospitals absorbing the costs of the treatment. He said that NHS England was expected to recommend bisphosphonates in guidelines to be published later this year.

"These simple, well-tolerated treatments should now be considered for routine use in the treatment of early breast cancer in women with either a natural or medically induced menopause, to both extend survival and reduce the adverse effects of cancer treatments," Coleman said. Details of the findings are published in the Lancet.

The report appears alongside a separate study that found aromatase inhibitors prevented more deaths than tamoxifen in postmenopausal women with hormone-sensitive breast cancers. Researchers combined trials that involved nearly 32,000 women to show that taking aromatase inhibitors for five years reduced the risk of postmenopausal women with the hormone-sensitive breast cancer dying from their disease by 40% over the course of ten years. Women who took tamoxifen for the same duration had a 30% lower risk of dying, compared with patients who had no treatment.

"The evidence on aromatase inhibitors has been accumulating for well over a decade, but it has taken this huge and complex study to make sense of all the data, and provide a firm basis for clinical guidelines," said Paul Workman, chief executive of the Institute for Cancer Research.

Related: 'We fish, laugh and eat': the breast cancer survivors learning how to fly-fish

Richard Gray at Oxford University, the lead statistician on both studies, said that because the drugs worked in different ways, their combined effect reduced breast cancer deaths even further.

Nell Barrie, at Cancer Research UK, said: "Bisphosphonates help keep bones healthy, and these results show they reduce the chance of breast cancer returning in the bones of post-menopausal women. Aromatase inhibitors block the body's ability to make oestrogen, which can fuel the growth of breast cancer, and these results confirm that they can help to stop the disease returning after treatment."