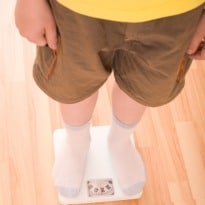 "We found that a high-fat diet rapidly affected dopamine metabolism in the brains of juvenile mice, triggering anxious behaviours and learning deficiencies," said Gregory Freund, professor at the University of Illinois College of Medicine.

"Interestingly, when methylphenidate (Ritalin) was administered, the learning and memory problems went away."

Freund said that altered dopamine signalling in the brain is common to both ADHD and the overweight or obese state. "And an increase in the number of dopamine metabolites is associated with anxiety behaviours in children," he added, the journal Psychoneuroendocrinology reports.

A typical Western diet contains from 35-45 percent fat, Freund said. "After only one week of the high-fat diet, even before we were able to see any weight gain, the behaviour of the mice in the first group began to change," he said, according to an Illinois statement.

Evidence of anxiety included increased burrowing and wheel running as well a reluctance to explore open spaces. The mice also developed learning and memory deficits, including decreased ability to negotiate a maze and impaired object recognition.

Comments Switching mice from a high-fat to a low-fat diet restored memory in one week, he noted.