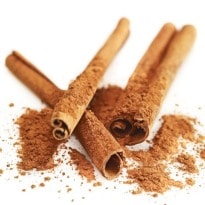 These studies compared people who took cinnamon in a pill form, in doses ranging from 120 milligrammes to 6 grams a day, for a period of four to 18 weeks, to people who did not take
cinnamon.

They found that people with type 2 diabetes who took cinnamon supplements had lower fasting plasma glucose levels compared with people who didn't take them. The most popular form of the supplement, which was used in six out of 10 trials, was Cinnamomum cassia, which participants were advised to take before, during or after their meals, 'LiveScience' reported.

"When we combined the results of all the trials, we found that in patients with type 2 diabetes, there was a benefit on blood glucose and cholesterol levels," said study researcher
Olivia Phung, an assistant professor of pharmacy practice at Western University of Health Sciences in Pomona, California.

Listen to the latest songs, only on JioSaavn.com
Preliminary studies have suggested that the compound, cinnamaldehydein, is responsible for cinnamon's health effects. Researchers suspect this substance may stimulate the release and effect of insulin, providing cinnamon its power to improve blood sugar. "By enhancing insulin activity, it's assumed there'd be better control of blood glucose," Phung told the website. The researchers have not yet determined the exact dose of cinnamon that may be helpful for people with type 2 diabetes, or the length of time or frequency the supplement should be taken.

Comments The study was published in the journal The Annals of Family Medicine.