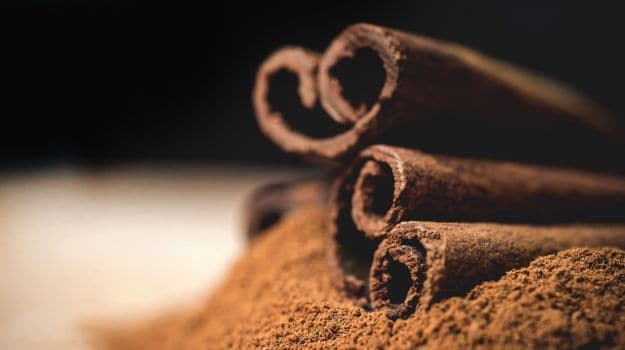 Highlights
Cinnamon is obtained from the tree species known as Cinnamomum. It is commonly used as a spice in many Indian households apart from its multiple medicinal benefits. About 80-90 percent of cinnamon comes from Sri Lanka. Its scent is often associated with the feeling of being home in one's comfort zone. It also has an extremely soothing fragrance. Research studies have also revealed that cinnamon is highly beneficial for individuals who suffer from heart problems. It is packed with anti oxidants and has a great number of anti-inflammatory properties. It could be considered as an "all-in-one" spice.

One of the most sought after qualities of cinnamon is that it helps in weight loss. While we may wonder how this is possible, the fact is that it reduces one's appetite and in turn speeds up the metabolic rate. However, merely consuming a dozen cups of cinnamon tea in a day would not do the needful. There is an urgent need to maintain a balanced diet and physical fitness. Cinnamon simply adds on to the weight loss program and enhances it further. It is an essential diet supplement for those individuals who wish to stabilise their weight.

Dr Anju Sood, a renowned Bengaluru-based nutritionist, states. "cinnamon increases one's metabolic rate. It is essential to note how this works. It is a stimulator of insulin. It makes it active, which in turn helps sugar to metabolise. Often, when the individual puts on weight, it is because his/her insulin becomes resistant. This does not make him/her diabetic, but simply the insulin does not metabolise. The consequence of this is that sugar too does not get metabolised to its required quantum and is converted into fat. Cinnamon helps to break these links."

Apart from consuming cinnamon in itself, it can be combined with other products like honey and lemon. In today's day and age, honey is a great alternative to sugar. Cinnamon can be sprinkled on food or consumed in a glass of water. It can also be combined with a banana.

Overall, cinnamon has a compound referred to as mineral chromium, which keeps one's appetite under control. It is a great spice for improving our immunity, with all the necessary minerals, vitamins and fibers all packed into one. It plays a great detoxification role to. Many times it is also referred to as a "cleanse" drink when added to a glass of water.

The Ceylon variety of cinnamon is the most beneficial, however, even the other varieties can be consumed in small amounts.

(Also read: A Spice that Cures: 5 Great Benefits of Cinnamon)