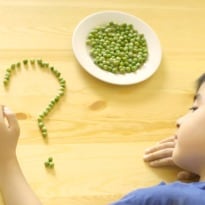 There is an effective way of raising your kids' IQ -- just supplement their diets with fish oil, send them to quality pre-school and also engage them in interactive reading, vouches a new study.

A team led by John Protzko, doctoral student at the New York University Steinhardt School of Culture, Education, and Human Development, combined the findings from existing studies to evaluate the overall effectiveness of each type of intervention.

Collaborating with his professors Joshua Aronson and Clancy Blair, leaders in the field of intelligence, Protzko analyzed the best available studies involving samples of children from birth and kindergarten from their newly assembled "Database of Raising Intelligence," the journal Perspectives on Psychological Science reports.

"Our aim in creating this database is to learn what works and what doesn't work to raise people's intelligence," said Protzko.

"For too long, findings have been disconnected and scattered throughout a wide variety of journals. The broad consensus about what works is founded on only two or three very high-profile studies."

Overall, the results of the meta-analyses indicated that certain dietary and environmental interventions can be effective in raising children's IQ, according to a New York statement.

Promoted
Listen to the latest songs, only on JioSaavn.com
These essential fatty acids may help raise intelligence by providing the building blocks for nerve cell development that the body cannot produce on its own.

Comments The link between pre-school and intelligence could be a function of increased exposure to language or the result of the overall cognitive complexity of the environment.