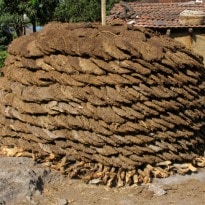 This is important because manure from cows is widely used as a farm soil fertilizer, and antibiotic resistance genes could be transferred to bacteria in soil used to grow food. The genes potentially could then move from bacteria on the food to people, the researchers explained.

For the study, the investigators analyzed manure samples from dairy cows and identified 80 unique antibiotic resistance genes that made a laboratory strain of E. coli resistant to four types of antibiotics.

"The diversity of genes we found is remarkable in itself considering the small set of five manure samples," senior author Jo Handelsman, a Yale University microbiologist and a Howard Hughes Medical Institute professor, said in a news release from the American Society for Microbiology.

"But also, these are evolutionarily distant from the genes we already have in the genetic databases, which largely represent [antibiotic resistance genes] we see in the clinic," she added.

The researchers said their findings show that cow manure contains "an unprecedented reservoir of [antibiotic resistance] genes" that could move into people.

"This is just the first in a sequence of studies -- starting in the barn, moving to the soil and food on the table, and then ending up in the clinic -- to find out whether these genes have the potential to move in that direction," Handelsman said.