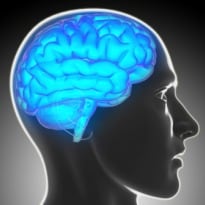 Researchers have developed a new mapping tool that can be regarded as a breakthrough in the field of brain health. According to a study published in the journal Biomedical Optics Express, a new laser- based imaging tool has been invented which can map the effects of drugs on the network of blood flow to the brain. This new technique is an advanced version of a method called Optical Coherence Doppler Tomography (ODT) where laser light hits the moving blood cells and bounces back.

The researchers carried out their experiments on mice to observe how cocaine affects blood vessels in the brain. The images revealed that after 30 days of chronic cocaine injection, there was a dramatic drop in the blood flow speed. It was for the very first time that a team of experts were able to identify cocaine-induced microischemia, when blood flow is shut down - a precursor to a stroke.

"The resulting images are the first of their kind that directly and clearly document such effects," said Yingtian Pan, co-author of the study and associate professor at the Stony Brook University in the US.

Listen to the latest songs, only on JioSaavn.com
The team concluded that drugs such as cocaine can cause aneurysm-like bleeding and strokes, but the exact details of what happens to the brain's blood vessels have remained elusive - partly because current imaging tools are limited in what they can see. This advanced mapping tool with improved technology sets out to overcome all the limitations associated with the current imaging tools.The researchers are hoping that this new technology can aid in improving brain-cancer surgery, tissue engineering and development of better treatment options for recovering drug addicts.