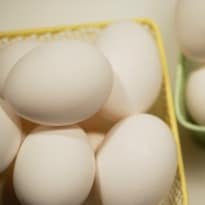 A study by American scientists presented Wednesday supports the view that a substance in egg white has the ability to lower blood pressure without negative effects.

Scientists reported that a component of egg whites, already popular as a substitute for whole eggs among health-conscious consumers concerned about cholesterol in the yolk may have another beneficial effect in reducing blood pressure, reports Science Daily.

Their study was part of the 245th National Meeting and Exposition of the American Chemical Society (ACS), the world's largest scientific society, which continues here through Thursday.

"Our research suggests that there may be another reason to call it 'the incredible, edible egg,'" said study leader Zhipeng Yu, Ph.D., of Jilin University.

"We have evidence from the laboratory that a substance in egg white -- it's a peptide, one of the building blocks of proteins -- reduces blood pressure about as much as a low dose of Captopril, a high-blood-pressure drug," Zhipeng Yu said.

Yu and colleagues, who are with Clemson University, used a peptide called RVPSL. Scientists previously discovered that the substance, like the family of medications that includes Captopril, Vasotec and Monopril, was an angiotensin-converting-enzyme (ACE) inhibitor.

Listen to the latest songs, only on JioSaavn.com
It has a powerful ability to inhibit or block the action of ACE, a substance produced in the body that raises blood pressure. The results of feeding the substance were positive, showing that RVPSL did not have apparent toxic effects and lowered blood pressure by amounts comparable to low doses of Captopril.

Comments "Our results support and enhance previous findings on this topic," Yu said. "They were promising enough to move ahead with further research on the effects of the egg white peptide on human health."