Energy Drinks May Cause Attention Problems in Kids 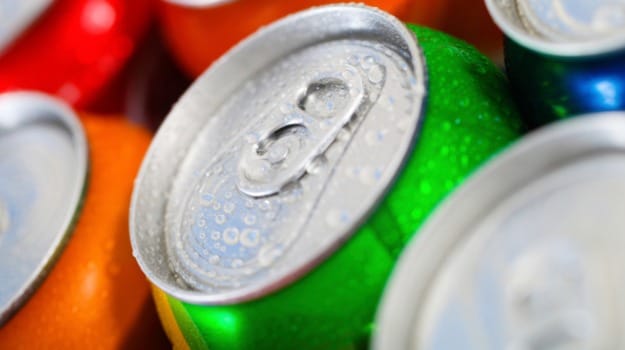 In the past, energy drinks have been linked to a string of health hazards. But this time they're being held responsible for hyperactivity and inattention, especially in children. We know that the market of energy drinks has been growing aggressively. This gives manufacturers a reason to rejoice but we're not sure if that holds true for parents.

A novel study conducted by a group of Yale scholars suggests that regular consumption of energy drinks induces hyperactivity in school going kids. According to experts, middle-school children who consume heavily sweetened energy drinks are 66% more likely to be at risk for hyperactivity and inattention symptoms as compared to others. Not only are these artificially sweetened drinks high on sugar content, but, often contain caffeine as well.

"Our results support the American Academy of Paediatrics recommendation that parents should limit consumption of sweetened beverages and that children should not consume any energy drinks," said lead researcher Jeannette Ickovics from the Yale School of Public Health.

For the study, the research team surveyed 1,649 middle-school students randomly selected from a single urban school district in Connecticut. It was found that boys were more likely to consume energy drinks than girls. The average age of the student participants was 12.4 years. "As the total number of sugar-sweetened beverages increased, so too did risk for hyperactivity and inattention symptoms among our middle-school students. Importantly, it appears that energy drinks are driving this association," Ickovics explained.

(Kids Still a Target for Marketers of Sugary Drinks: Report)

All in all, such studies only call for a more stringent check and regulation on your little one's diet. As childhood translates to a foundation of a healthy, disease-free adulthood, such minute dietary checks will only ward off the many health issues imminent in later years of life.

The study appeared in the journal Academic Pediatrics.