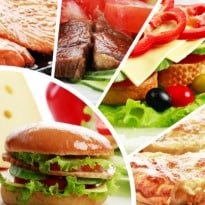 Scientists have shown that consuming fatty foods can affect alertness and result in fatigue, says a study.

Promoted
Listen to the latest songs, only on JioSaavn.com
These findings are independent of the subjects' gender, age, and body mass index as well as the total amount of sleep they are getting and their total caloric intake, reports Science Daily.

"Increased fat consumption has an acute adverse effect on alertness of otherwise healthy, non-obese adults," said principal investigator Alexandros Vgontzas, professor of psychiatry at the Penn State College of Medicine in Hershey, US.

Comments "Excessive daytime sleepiness and fatigue are very prevalent in the modern world and on the rise," said Vgontzas. "It appears that a diet high in fat decreases alertness acutely, and this may have an impact on an individual's ability to function and also public safety."