Five Myths About the Common Cold 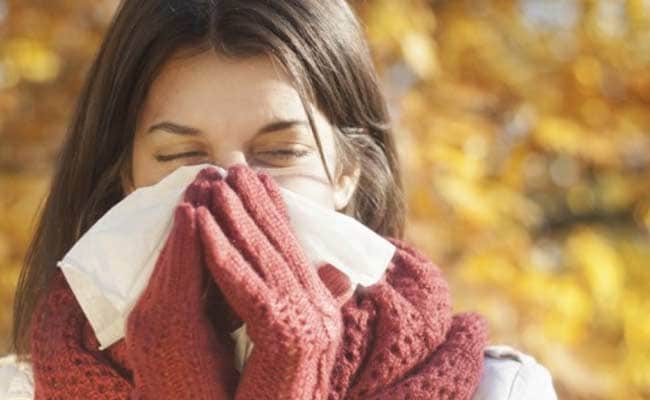 The common cold is aptly named. It affects more adults and children in the industrialized world than any other short-term illness, and it is responsible for up to 40 percent of all missed workdays in the United States. The economic burden of the cold in this country approaches $40 billion a year, including the costs of treatment as well as lost work productivity. Colds are caused by a virus -- a few different kinds of viruses, actually -- which means they usually go away on their own, without treatment, in about a week. For a disease that affects so many people so frequently, modern medicine offers surprisingly little by way of remedy. No wonder, then, that myths and superstitions abound when it comes to how we catch a cold and how we should treat it. From "feed a cold, starve a fever" to the false notion that the color of nasal mucus can indicate a bacterial infection, we are surrounded by beliefs that are not rooted in science. As we enter cold and flu season, let's dig into some modern myths about the common cold.

1. Colds can be spread only if someone sneezes or coughs.

Several different viruses can cause the common cold, and one way for these viruses to spread is when an infected person sneezes or coughs. A vigorous cough or sneeze launches small droplets of secretions from the nose and mouth into the air, where they can come into contact with other people nearby and then make them sick. These airborne droplets are a particularly effective way for some viruses, such as influenza (which can cause both colds and the flu), spread from one person to another. A 2008 study in Clinical Infectious Diseases found that people infected with cold-causing viruses sent particles carrying these viruses into the air by coughing, talking and even breathing.

However, direct contact with someone who has a cold is even more likely to make you sick, whether they sneeze or cough near you or not. Several major studies have shown that hand-to-hand touch is the most common way to spread rhinovirus, the family of viruses that causes most colds. One of these studies, published in the Journal of Infectious Diseases in 1980, also demonstrated the importance of hand hygiene - it recommended applying a liquid iodine solution to the fingers, though soap works well, too -- in reducing the spread of the virus.

You can even catch a cold from people without touching them or being near them when they sneeze. Viruses can live on furniture, toys, phones and other common household or office surfaces for several hours. A study in the American Journal of Epidemiology in 1982 showed that when young, healthy adults touched either coffee cup handles or plastic tiles that had been contaminated with rhinovirus, and then touched their faces, half of them came down with a cold. Fewer of them became sick if they touched a plastic tile that had been sprayed with a disinfectant.

2. Hand-sanitizing gels are as effective as hand-washing to prevent the spread of the cold.

Hand-sanitizer dispensers can be found in dozens of everyday locations: office lobbies, grocery stores, preschools, gas stations and doctors' offices. The Centers for Disease Control and Prevention highlights the growing use of alcohol-based hand gels to stop the spread of disease in its "Guideline for Hand Hygiene in Health-Care Settings." The World Health Organization also describes the uses for these gels in its own guidelines. Employees at thousands of hospitals around the country must show that they clean their hands thoroughly -- by washing with soap and water or applying hand sanitizer - before and after every patient encounter in order for the hospitals to maintain accreditation and remain open to the public.

If given a choice between washing with soap and water or coating your hands in a dollop of sanitizer, though, the old-fashioned soap-and-water combination is the safer bet. Sanitizing gels don't work well if your hands are visibly dirty. And they must contain at least 60 percent alcohol to reduce the spread of diseases such as the cold, but some varieties at your local pharmacy contain significantly less. A 1999 study published in Infection Control & Hospital Epidemiology found that using an alcohol-based hand foam in addition to washing hands made no difference in reducing cold infections. A different study published in Pediatrics in 2005 found no significant difference in the spread of the common cold in families that used hand sanitizer compared with families that didn't. If you have access to running water and soap, use them. If not, then a hand-sanitizing gel with at least 60 percent alcohol is your next best option.

3. Air travel increases your risk of catching a cold.

For years, air travel has been blamed for making people sick. Whether it's because of the low cabin humidity, the recirculated air, or all the sneezing and coughing passengers, many of us develop a fear of flying at this time of year. The idea of recirculated air is particularly noxious to germaphobes; they envision viruses from every sneeze and cough lingering in the cabin, waiting to infect innocent bystanders. "It's a common complaint," the Wall Street Journal reported in 2011. "Fly on a crowded plane and come home with a cold. What's in the air up there?"

In reality, though, recirculated air doesn't give you colds: A large study published in the Journal of the American Medical Association in 2002 showed that traveling in a commercial aircraft with recirculated air did not increase the risk of catching a cold compared with flying in a plane that pumped in fresh air. Of 1,100 travelers in the study, 47 percent were passengers in airplanes using fresh air for ventilation, and 53 percent flew in planes using recirculated air. About 1 in 5 passengers -- regardless of which kind of air they were exposed to -- developed cold-like symptoms in the week after their flight.

More broadly, according to a 2005 Lancet study on the spread of infectious disease during air travel, common-cold outbreaks after flights have not been reported. This may be because it's a hard disease to study; when the common cold is everywhere, how do you tie it directly to one cause? Perhaps more comfortingly, this same study states that "the perceived risk [of the spread of pathogens in flight] is greater than the actual risk." And overall, there is no evidence that air travel makes us any sicker than our normal working environments on the ground.

Many patients come to their doctors' offices with a fever and believe they have a cold. Fever is listed as a symptom of the common cold in television commercials for over-the-counter remedies and in a variety of online resources. And in young children, fever is common in most upper respiratory infections. A study published in the American Journal of Diseases of Children in 1986 found that up to 84 percent of children with cold-causing viruses had a fever, and 37 percent had a fever for five days or longer.

In adults, however, fever -- defined as a temperature of 100.4 degrees Fahrenheit or higher -- is actually very rare in rhinovirus infections. It is much more common for a cold to cause a sore throat, a stuffy and/or runny nose, sneezing and cough, but with a normal body temperature. If you have these symptoms plus a fever, then you and your health-care provider should think about other possibilities, including strep throat, sinusitis, pneumonia or the flu. A true fever often means something else is going on in your body.

For all the medical advancements of the past centuries, there is still no cure for the common cold. When a person is miserable with cold symptoms, physicians can only recommend supportive measures such as rest, lots of fluids and over-the-counter medications for symptom relief. There are dozens of home remedies that are said to help speed up recovery: ginseng, zinc, vitamin C, neti pots. There is little evidence to support them; some can even be harmful (for example, some zinc formulations can lead to permanent loss of smell). Echinacea, one of the most popular herbal supplements in the United States, was shown in several large studies to have no benefit in treating the common cold. In reading the medical literature, it would be easy to think that home remedies have no place at all in treating a cold.

Chicken soup is a soothing exception. In 2000, researchers at the University of Nebraska studied homemade chicken soup and found that it had anti-inflammatory benefits, which can ease cold symptoms. Specifically, the ingredients in homemade chicken soup inhibited something called neutrophil migration, in which special blood cells move to parts of the body that are sick (such as the nose and lungs during a cold) and release chemicals that lead to even more inflammation. Inflammation can be helpful in fighting a short-term infection, but it can also cause long-term health problems if left unchecked. By blocking this neutrophil migration, chicken soup exerted an anti-inflammatory effect -- which could help a person feel better faster. This is one common-cold home remedy worth savoring.

Frayha is an internist, a clinical assistant professor of medicine and an assistant dean at the University of Maryland School of Medicine.