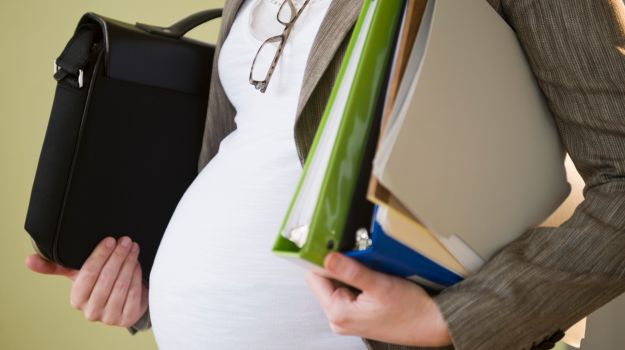 Until now non-biological factors such as education and playing a greater role in the labour market have been used to explain women delaying motherhood. Photograph: Jamie Grill/Getty Images/Tetra images RF

Delayed motherhood has often been ascribed to sociological factors, but new findings show a genetic component, which also links to number of children.

Women are starting families later in life despite an apparently stronger genetic drive to have children when they are younger, according to Oxford researchers.

The team arrived at the conclusion after studying the DNA of nearly 7000 women and working out how large a role genetics plays in the age at which women start a family and the number of children they have.

The scientists looked for similarities in the genetic make-up of women who became mothers at different ages. They found that DNA explained about 15% of the variation in the ages of first-time mothers, and about 10% of the difference in how many children they had.

Melinda Mills at Oxford University said that until now sociologists had focused on non-biological explanations for women delaying motherhood, such as the rise of contraception, continuing education, and playing a greater role in the labour market.

“What we see in this study is a clear genetic component linked to the age of mothers when they have their first child, and to the number of children they have,” she said.

The study did not identify specific genes that are associated with having children earlier or later in life, but Mills said that a follow-up study that should be published soon will highlight a number that are involved. “It’s not one gene, but a combination of genetic variants that makes you more prone to having your children later or earlier,” she said.

Some of the genes will undoubtedly affect fertility, as less fertile women will generally take longer to get pregnant, but others may wield a subtle influence over different facets of a woman’s life, such as her personality or propensity to stay in education.

In the latest study, published in the journal Plos One, the researchers found that some genes seemed to affect not only when a woman has her first child, but the number of children she has too. If that is the case, Mills said, then over time, more children should be born with genes that favour younger motherhood.

If borne out, the finding suggests that younger generations of women are delaying motherhood despite being more inclined, through their genetic make-up, to have children earlier. “What we should see is women having children earlier and earlier, but they are not doing that,” Mills said.

Through studying the genetics of motherhood, researchers hope to arrive at a clearer picture of why women delay. The latest findings confirm what many have shown before: that a raft of social factors often take precedence over starting a family. But the genetics may reveal what else is at play, such as changes in fertility over time.

“We are having our children when we are least biologically able to have them. Why are people postponing? What are the genetic and social drivers, and how do they interact?” said Mills.

Ultimately, the research might help people make more informed choices about how late they can wait, by providing them with information on their own fertility and biological clock.