Getting Grumpy? Your Sleep Time is to Be Blamed 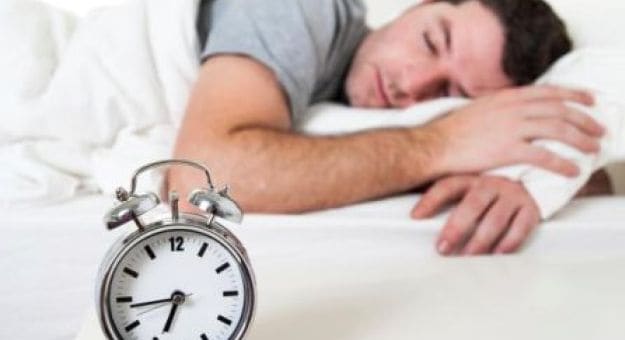 There’s nothing like a good night’s sleep to help you kick start your day on a fresh note. It is not without reason that experts tell us that on an average, the minimum number of hours we need to sleep is six to eight. The lifestyles we lead, where we are constantly running around carrying out errands, meeting deadlines, and finishing tasks, that by the end of the day, the body needs a good amount of sleep to rejuvenate and feel restored. However, not all of us manage to maintain a balanced schedule, where we often tend to neglect ‘bedtime’.

Not getting a good sleep has various implications on our health besides making us drowsy and lethargic the following day. We all known that lack of sleep takes a toll on our physical health in the long run, but it affects us psychologically too. It impacts our behaviour and mood.

A new study done by the Johns Hopkins University School of Medicine states that waking up several times throughout the night is more detrimental to your positive moods than getting the same shortened amount of sleep without interruption.

"When your sleep is disrupted throughout the night, you do not have the opportunity to progress through the sleep stages to get the amount of slow-wave sleep that is key to the feeling of restoration," said study lead author Patrick Finan.

(How to Sleep Fast: 7 Tips to Help You Stop Counting Sheep)

The researchers studied 62 healthy men and women randomly subjected to three sleep experimental conditions - three consecutive nights of either forced awakenings, delayed bedtimes or uninterrupted sleep. Participants subjected to eight forced awakenings and those with delayed bedtimes showed similar low positive mood and high negative mood after the first night, as measured by a standard mood assessment questionnaire administered before bedtimes. They were asked to rate how strongly they felt a variety of positive and negative emotions, such as cheerfulness or anger.

Promoted
Listen to the latest songs, only on JioSaavn.com
The researchers said significant differences emerged after the second night. The forced awakening group had a reduction of 31 percent in positive mood, while the delayed bedtime group had a decline of 12 percent compared to the first day. Researchers did not find significant differences in negative mood between the two groups on any of the three days, which suggests that sleep fragmentation is especially detrimental to positive mood.

Many individuals with insomnia achieve sleep in fits and starts throughout the night, and they do not have the experience of restorative sleep, Finan said. The study appeared in the journal Sleep.