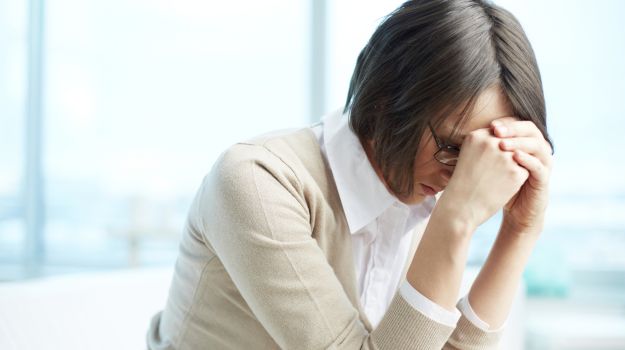 Stressful hours at work? You may find yourself more exhausted at the end of the day.
According to a new study by Indian-origin researchers, mental stress can increase physical fatigue. This phenomenon is a result of the activation of a specific area of the brain when we attempt to participate in both physical and mental tasks simultaneously, researchers said.

The study showed that when we attempt mental tasks and physical tasks at the same time, we activate specific areas, called prefrontal cortex (PFC), in our brain. This can cause our bodies to become fatigued much sooner than if we were solely participating in a physical task.

"Existing examinations of physical and mental fatigue has been limited to evaluating cardiovascular, muscular and biomechanical changes," said Mehta. "The purpose of this study was to use simultaneous monitoring of brain and muscle function to examine the impact
on the PFC while comparing the changes in brain behaviour with traditional measures of fatigue," he said.

Promoted
Listen to the latest songs, only on JioSaavn.com
According to Mehta, the findings show that there were lower blood oxygen levels in the PFC following combined physical and mental fatigue compared to that of just physical fatigue conditions. Through simultaneous examination of the brain and muscle function it is apparent that when participating in highly cognitive tasks, brain resources are divided which may accelerate the development of physical fatigue.

(Eat These Foods to Beat Stress)

CommentsIt is critical that researchers consider the brain as well as the body when examining fatigue development and its impact on the body, said researchers, including co-author of the study Raja Parasuraman, professor of psychology at George Mason University in Virginia. The study was published in the journal Human Factors.