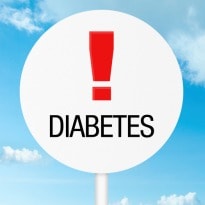 A team of researchers has found a new type of 'good fat' in the body that can help treat diabetes. This discovery comes in the midst of a diabetes epidemic and could be a possible game-changer.

The study was published in the online journal Cell and found that the 'good fat' named fatty acid hydroxyl fatty acids, or FAHFAs, are molecules found in fat cells as well as other cells throughout the body. Researchers at the Salk Institute and Beth Israel Deaconess Medical Center (BIDMC) in Boston discovered that levels of the new lipids are low in humans who are at a high risk for diabetes, suggesting that the lipids could potentially be utilised as a therapy for metabolic disorders. (More: What can triggers diabetes)

According to Alan Saghatelian, Salk professor in the Clayton Foundation Laboratories for Peptide Biology and one of the senior authors of the research, "Based on their biology, we can add FAHFAs to the small list of beneficial lipids. These lipids are amazing because they can also reduce inflammation, suggesting that we might discover therapeutic opportunities for these molecules in inflammatory diseases, such as Crohn's disease and rheumatoid arthritis, as well as diabetes."

FAHFAs had not been noticed previously in cells and tissues because they are present in low concentrations, making them difficult to detect. According to Professor Kahn, "FAHFAs are produced and broken down inside the human body and this gives FAHFAs an advantage in terms of therapeutic development because we can potentially modify the rate of production and breakdown throughout the body." (More: How to manage diabetes)Researchers used latest mass spectrometry techniques to uncover FAHFAs when they examined the fat of a diabetes-resistant mouse and a regular mouse. Saghatelian said, "While many of the other lipids were essentially the same between normal mice and diabetes-resistant mice, we saw these FAHFA lipids elevated by sixteen fold in mice that were resistant to diabetes, standing out really clearly as a big change." Once they identified FAHFAs as being the lipid that was different between normal mice and these diabetes-resistant mice, they found something else important: when the mice eat FAHFAs, blood sugar levels dropped and insulin levels rose, indicating the potential therapeutic value of FAHFAs.

To determine whether FAHFAs are also relevant in humans, the team measured FAHFA levels in humans who are insulin-resistant (a condition which is often a precursor to diabetes) and found that their FAHFA levels were lower in fat and blood, suggesting that changes in FAHFA levels may contribute to diabetes.