How Alcohol Can Affect Your Heart Health 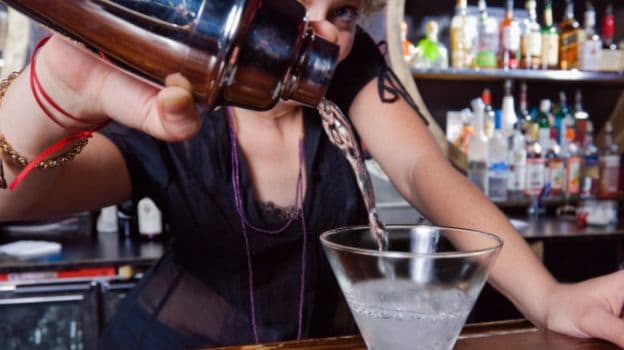 Have you heard of  the 'holiday heart syndrome'? This is a condition when a non-drinker or a light drinker gives in to the weekend party mood and goes on a drinking spree. If this becomes a habit then on one ill-fated evening the person may get severe chest pain, irregular heart beat and breathlessness. The blood pressure may shoot up, increasing the risk of cardiac arrest and in severe cases can also prove to be fatal. This is why each one of us need to know more about moderate drinking.

(Harmful Drinking Among Middle-Class Over-50s is a 'Hidden Phenomenon')

According to some of the nation's top cardiologists, when it comes to heart health, alcohol is like a slippery slope. While moderation may help your heart function normally in your golden years, heavy or binge will lead to serious consequences for your cardiac health.

So how much is too much?

Dr Subhash Chandra, chairman (cardiology) at BLK Heart Centre says that anything in excess of 350 ml of beer, 150 ml of wine or 45 ml of hard liquor (40 percent alcohol by volume) a day is bad for the heart. Dr Ajay Mittal, cardiologist from Max Super Speciality Hospital in Patparganj agrees. But others say that the level of moderation should be lower.

Dr TS Kler, executive director (cardiac sciences) at Fortis Escorts Heart Institute and Research Centre in New Delhi, says up to 60 ml of hard liquor (40 per cent level whisky or vodka) a week is acceptable. He says 100-120 ml alcohol a day will trigger changes in the human heart and its functions.

But most others would draw the line a little higher, cautioning that moderation is the key word when it comes to drinking. "This means an average of one to two small drinks for men and one small drink for women a day," explains Dr SS Sibia, medical director at the Sibia Medical Centre in Ludhiana known for non-invasive treatments for various diseases. "If you can, skip drinking for a couple of days in a month," he advises.

Dr Lekha Pathak, director (cardiology department) at Nanavati Super Speciality Hospital in Mumbai feels that drinking everyday more than two small pegs is not healthy. "It is true that alcohol, if taken in medicinal doses, has good effects on health but nobody takes it in medicinal doses. Of those who drink, many are real alcoholics not drinking less than three to four large pegs a day," she says.

"Alcohol, especially red wine, has antioxidants and flavonoids that may help prevent thrombosis (formation of a blood clot inside a blood vessel). Alcohol's anti-clotting ability may also protect you against heart attack but the excess increases the risk of brain stroke and other illnesses, such as liver disease or cancer," Dr Sibia says. Even moderate drinking is dangerous for those with uncontrolled diabetes,hypertension or liver disease. "They must not drink alcohol in any form as it may develop cardiomyopathy or rhythm problem in the upper chamber of heart," he warns.

One episode of binge drinking involves at least 15 units (about seven and a half pints of beer (4 percent alcohol) or one and a half bottles of wine (13 percent alcohol). In January this year, a large study of nearly 15,000 men and women published in the European Heart Journal found that having up to seven drinks a week is associated with a 20 percent lower risk of men developing heart failure and 16 percent reduced risk for women.

"The findings suggest that drinking alcohol in moderation does not contribute to an increased risk of heart failure and may even be protective," said Scott Solomon, professor of medicine at Harvard Medical School and senior physician at Brigham and Women's Hospital in Boston.

"Excess of anything is bad. The long-term usage of alcohol can have damaging effect on not just your heart but overall body," cautions Dr Sanjat Chiwane, consultant (cardiology) at Columbia Asia Hospital-Gurgaon.

Promoted
Listen to the latest songs, only on JioSaavn.com
More than two small drinks a day can affects heart in many ways."It can lead to irregularity in the heart in the form of missing heartbeat which lead to alcoholic dilated cardiomyopathy due to which, pumping of the heart will become weak leading to heart failure," Dr Pathak emphasises.

(Heart Friendly Food and Enemies of the Heart)

CommentsAccording to renowned cardiologist Dr Purshotam Lal, chairman of Metro Group of Hospitals and Heart Institute in New Delhi, "Indians have the tendency of indulging in binge drinking during festivals or family celebrations. They eat a lot too, especially in winters, that results in the slow digestion of alcohol. Include exercise and have a healthy diet along with responsible drinking." he advices. All said and done, enjoy your drink but known when to stop.