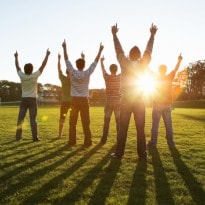 The exercise also threw up insights about how Africa could also emerge as a major resource pool for tapping patients in India's quest for medical tourism.

Speaking to IANS on the sidelines of the event, Erik Zeegan, a leading Las Vegas-based orthopaedic surgeon, said that knee replacement surgeries in India tended to be a lot different from those in the US owing to the more deformities of the bones found in the sub-continent.

"The deformities here are significant. The knees are more worn out. We do not see such deformities in the US," Zeegan said, adding that knee sizes of patients in the US also tended to be larger than those found here.

One of the reasons for this, according to Ameya Velingker, a Goa-based specialist, is that Indian patients tend to take their osteo-arthritic knees to the very terminal stages before choosing the surgical option to overcome a bad knee situation.

One of the reasons why over 700,000 knee replacement surgeries are conducted in the US every year as compared to 70,000 in India, is because the procedure is considered a natural extension of knee treatment there, Velingkar said.

He further said that a distinct lack of a physical regimen in India had largely contributed to the "bad bones" phenomenon here.

"Indian bones are of poor quality, plus lack of exercise further deteriorates their growth in most cases in India," Velingker said, adding that the more the exercise the better the quality of bones.

Obsession with fitness in Western countries has resulted in better quality and denser bones there, he said.

"Most people hit the gym or go running in the West which ensures that they have much better bones than most of us," he said.

Giving a practical example, Velingkar said that while one surgical saw blade suffices for three to four knee replacement surgeries for Indian patients, the scenario was much different when it comes to operating upon patients from Britain.

"For UK patients I need to use one new saw every time," he said.

Listen to the latest songs, only on JioSaavn.com
Velingker said that Europe and North America apart, Africa was emerging as a great potential market to tap patients for knee replacement surgeries.

"There is a lot of potential to get patients from countries like Nigeria and Kenya. The medical facilities available there are poor and the governments in these countries facilitate treatment abroad," he said, adding that a bilateral approach with these African nations could help India's medical tourism.

Comments He also pointed out that knee replacement surgery in India cost around Rs.2 lakh ($3,400) as compared to the Rs.9-10 lakh which is required for a similar surgery in the US.